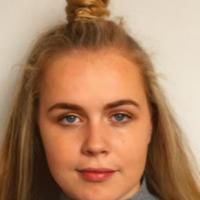 When and where did you begin this sport?
She took up running at age eight with her parents. She began competing in Para athletics competitions at age 10.
Why this sport?
"One day when I was in about primary four, we had a multi-stage fitness 'beep' test type thing to do. I wasn't any good at anything and I wasn't looking forward to it at all even though my mum was the teacher. Running at that stage usually ended with me falling over 90 percent of the time and cutting my knees. But I thought I would have a go and, basically, I was the last pupil standing at the end of the test. That one moment sparked my love of athletics."
Club / Team
Team East Lothian: Scotland
Name of coach
Jamie Bowie [personal], GBR

Most influential person in career
Her mother Susan. (scottishathletics.org.uk, 17 Mar 2019)
Hero / Idol
Jamaican sprinter Usain Bolt. (paralympic.org, 16 Aug 2015)
Injuries
She was affected by an injury to her left leg at the 2017 World Championships in London, England. (dailymail.co.uk, 19 Jul 2017)
Sporting philosophy / motto
"Turn tragedy into triumph." (Instagram profile, 21 Mar 2017)
Awards and honours
She was named the 2019 Young Scotswoman of the Year by the Evening Times newspaper in Glasgow, Scotland. (eveningtimes.co.uk, 15 Mar 2019)

She won the Findlay Calder Trophy from Scottish Disability Sport in 2018. (scottishdisabilitysport.com, 01 Jan 2019)

In 2014 she was named Most Promising Young Female Athlete by the East Lothian Athletic Development Group in Scotland. (eastlothiannews.co.uk, 07 Dec 2014)
Impairment
She was diagnosed with cerebral palsy at age two. The condition affects the muscles in her legs. (dailyrecord.co.uk, 13 Mar 2016)
Other information
SPORT-LIFE BALANCE
She was diagnosed with anxiety in October 2018, having found she was enjoying athletics less and less in the months leading up to her diagnosis. "It's hard to explain how I felt but I didn't want to do the things I had loved before. Even the first time I was chosen to represent Scotland, I didn't feel as excited as I should at what was a massive achievement. Things slowly got worse mentally and I really struggled for a couple of years until I finally broke down and told my mum what I was feeling. I've learned that focusing only on my running isn't good for me. Now I approach life very differently. I've got a better life balance. I'm happier - I've found a way to deal with my anxiety and as I started to feel better, my performance has improved on the track." (dailyrecord.co.uk, 08 Apr 2019)

CHARITY WORK
She has served as a patron of the East Lothian Special Needs Playscheme [ELSNP] in Scotland and as an ambassador for the mental health charity Support in Mind Scotland. "I have had a few difficult years and when you don't perform it can eat you up as a person when you expect so much. I'm really pleased I can help charities like Support in Mind Scotland, because I know that if I had heard someone speak out and explain what they were going through, I would have understood there were other people like me. That would have made all the difference to me - so if I can be that someone to even just one person who is struggling, then I will have done a good job." (newsquestscotlandevents.com, 03 Apr 2019; supportinmindscotland.org.uk, 19 Feb 2019; Twitter profile, 31 Dec 2020)

PODCAST
In 2020 she launched the 'This Ability Podcast', which she co-hosts alongside Scottish journalist Gary Heatly. The podcast features guests who discuss what it is like living with an impairment. (This Ability Podcast Instagram profile, 16 Dec 2020)