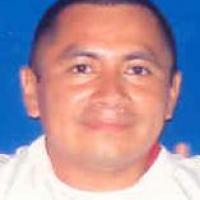 When and where did you begin this sport?
He took up powerlifting in 2000.

He has received the Distinguished Citizen award from the council of Dzitbalche, Mexico. (Facebook profile, 15 Oct 2017)
Other sports
He has competed in Para athletics at national level in Mexico. (calkini.net, 20 Nov 2001)
Impairment
His impairment is a result of the effects of polio contracted at age two. In August 1987 he underwent eight operations so that he was able to walk with crutches. (Facebook profile, 15 Oct 2017; calkini.net, 22 Aug 2011)
Other information
OTHER ACTIVITIES
He has held several administrative positions in sport including serving as president of the Campechana Association of Wheelchair Athletes in Mexico. He has also served as a promoter for the Centre of Talent Recruitment of the municipality of Dzitbalche, Mexico. (Facebook profile, 15 Oct 2017; cronicacampeche.com, 22 Jan 2019)