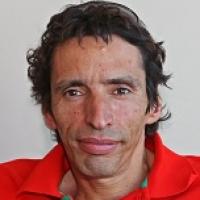 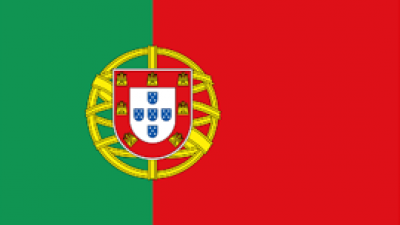 When and where did you begin this sport?
He took up Para athletics in 2003 in Vila Real, Portugal. He had previously competed in able-bodied athletics as a teenager, until his scoliosis caused him to stop at age 17.
Why this sport?
He was first introduced to wheelchair basketball when a person approached him in the street to invite him to attend a coaching session. In 2003 he was told that there were racing chairs available for competing in Para athletics at the club. "I tried one that very same day and have never given up athletics since."
Name of coach
Eduarda Coelho [personal], POR, from 2003; Teresa Oliveira [personal]

Memorable sporting achievement
Winning gold in the T52 100m at the 2018 European Championships in Berlin, Germany. (SportsDeskOnline, 15 Jun 2021; paralimpicos.pt, 01 Jun 2019; mariotrindade.com, 23 Aug 2018)
Most influential person in career
His wife Teresa and coach Eduarda Coelho. (Instagram profile, 03 Jun 2021)
Hero / Idol
Swiss Para athlete Heinz Frei. (Athlete, 20 Aug 2018)
Injuries
He broke his leg during the 2004 Berlin Marathon and was unable to finish the race. He returned to training three months later. (jornaldocentro.pt, 22 Apr 2021)
Awards and honours
He was given the Athlete of the Year Award at the 2019 Viseu Athletics Association [AAV] Gala in Portugal. He was also given an Olympic Spirit Award at the 2016 AAV Gala in Portugal and, in the same year, received a Merit Medal from the municipality of Viseu, Portugal. (Facebook page, 01 Dec 2019; mariotrindade.com, 29 Oct 2016, 22 Sep 2016)

He received a Sporting Merit of Portugal Award in 2014. (dsport.pt, 08 Sep 2015)
Other sports
From 2000 to 2002 he represented the Portuguese national wheelchair basketball team. (mariotrindade.com, 10 Sep 2013)
Impairment
He was born with scoliosis and, at age 18, he underwent surgery to realign his spine. However, there were complications during the procedure that resulted in quadriplegia. (jornaldocentro.pt, 22 Apr 2021; Athlete, 20 Aug 2018; desporto.sapo.pt, 22 May 2014; mariotrindade.com, 18 Nov 2013)
Other information
GUINNESS RECORD BREAKER
In December 2007 he set a Guinness World Record by completing the greatest distance covered by a wheelchair in 24 hours. He travelled 183.4 kilometres at the Vila Real Stadium in Portugal. (guinnessworldrecords.com, 01 Jun 2010; mariotrindade.com, 03 Dec 2007)

BIOGRAPHY
In 2020 a book was released entitled 'Mario Trindade' that was written by Antonino Pereira and Tadeu Celestino and detailed his life story. (Facebook page, 07 Mar 2020)