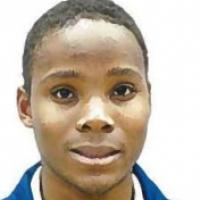 When and where did you begin this sport?
He took up Para athletics in 2001 at age seven, at the Courage Kenny Rehabilitation Institute in Minnesota, United States of America.
Why this sport?
He was one of the first athletes to compete when the Minnesota Track and Field League opened events up to athletes with an impairment. "As a pioneer and to start something like this, you begin being alone and you build up support and you build up friends."
Club / Team
ParaSport Spokane: United States
Name of coach
Teresa Skinner [club]

He was named the 2010 Rise-Above Athlete of the Year by ESPN. (focus.mnsun.com, 27 Jul 2012)
Other sports
He has played for the US national wheelchair basketball team and has won national championships with the Minnesota Junior Rolling Timberwolves. In 2015, he represented the Western All-Star Team as a participant in the 2015 NBA/NWBA All-Star Game in Brooklyn, NY, United States of America. (teamusa.org, 31 Dec 2019; nba.com, 12 Feb 2015; focus.mnsun.com, 27 Jul 2012)
Ambitions
To compete at the 2020 Paralympic Games in Tokyo, and to set up his own charitable organisation and training centre. (Athlete, 06 Nov 2019; startribune.com, 15 Jul 2017)
Impairment
He was born with spina bifida. (Athlete, 06 Nov 2019)
Other information
OCCUPATION
He works as a showroom representative for a window installation company in Cottage Grove, MN, United States of America. (Athlete, 06 Nov 2019; Facebook profile, 27 Sep 2019)

FROM JAMAICA TO THE UNITED STATES
Born in Jamaica, he was abandoned as a baby by his biological parents. He was rescued by a policeman who found him in a garbage can. He was initially named Mark Brown after the policeman and was later adopted by a missionary and moved to the United States of America in 1999. (Athlete, 06 Nov 2019; Facebook page, 20 Aug 2019; startribune.com, 15 Jul 2017)

MEETING THE PRIME MINISTER
In 2012 he returned to his native country of Jamaica and met the nation's prime minister through the Make-A-Wish Foundation in the United States of America. He used the meeting to raise awareness of orphaned children in Jamaica. (Athlete, 06 Nov 2019; Facebook page, 20 Aug 2019; startribune.com, 15 Jul 2017)