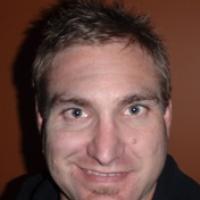 When and where did you begin this sport?
He took up sit-skiing during rehabilitation after his accident in 2004. He also began playing wheelchair tennis, rugby and basketball at the same time.
Why this sport?
"The best thing about skiing is the fact that my disability has little impact on the sport. None of them [other sports] really excited me because you want to be back doing everything you were doing before, as equals. When you're skiing it doesn't make a difference if you have a disability. It is great. I picked it up reasonably fast. I mean, I could make my way down a hill without killing myself or anybody else."

He was the Australian flag bearer at the 2015 World Championships in Panorama, BC, Canada. (riverineherald.com.au, 09 Sep 2017)
Impairment
In late 2004 he was working on the family farm in Chesney Vale, VIC, Australia, when the motorcycle he was riding hit a log concealed in the grass. He fell and severed his spinal cord, resulting in paraplegia. He was in hospital for five months. (abc.net.au, 04 May 2016; heraldsun.com.au, 13 Aug 2007)
Other information
OCCUPATION
He has worked as a jeweller, having completed a three-year degree in gemmology at the Gemmological Association of Australia in 2001. (paralympic.org.au, 31 Jan 2017)

CHILDHOOD ILLNESS
At age three he was diagnosed with leukaemia and given a 40% chance of survival. After a three-year battle he was declared to be in remission. He relapsed at age eight, and recovered a second time. (sheppadviser.com.au, 08 Oct 2014)

VOLUNTEERING
He has volunteered as a ski guide for Disabled Wintersport Australia, helping to teach people with both physical and mental impairments how to ski. (theage.com.au, 13 May 2012)