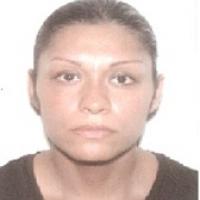 Most influential person in career
Her parents. (marcadeportiva.com.mx, 25 Jun 2014)
Sporting philosophy / motto
"Life does not end because we have a disability or because we lose a limb. On the contrary, we should live our life to the fullest and not let obstacles stop us." (noticiasggl.com, 22 Oct 2013)
Awards and honours
She was named Sportswoman of the Year in Durango, Mexico, in 2013 and 2015. (contextodedurango.com.mx, 23 Oct 2015; noticiasggl.com, 22 Oct 2013; depmax.wordpress.com, 20 Oct 2013)
Other sports
She has participated in para-swimming at international level. Prior to her accident she competed in fitness and bodybuilding competitions at national level, and was ranked among the top three in Mexico in 2007 and 2008. (paralympic.org, 30 Jul 2014; eljugadornumerodoce.com.mx, 10 Feb 2010; elsiglodedurango.com.mx, 15 Sep 2007)
Impairment
In April 2009 she was preparing for the national fitness and bodybuilding championships in Mexico City, Mexico, when a truck collided with her motorcycle. She lost her left leg and seriously damaged her right leg. (marcadeportiva.com.mx, 25 Jun 2014; eljugadornumerodoce.com.mx, 10 Feb 2010)