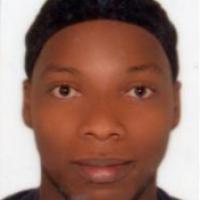 Hobbies
Playing basketball, video games, spending time with his son. (Athlete, 08 Nov 2019)
Memorable sporting achievement
Winning gold in the T34 javelin throw at the 2016 Paralympic Games in Rio de Janeiro. (Athlete, 08 Nov 2019)
Most influential person in career
His family, and coach Freyman Arias. (elespectador.com, 17 Sep 2016; Athlete, 08 Nov 2019)
Sporting philosophy / motto
"There is no fear. One must risk to fight for what you want and, before you realise, you're going to be doing things that you never imagined, becoming someone great." (elpais.com.co, 08 Feb 2014)
Awards and honours
In 2017 and 2019 he was named Para Athlete of the Year in Colombia. (paradeportes.co, 06 Dec 2017; elpais.com.co, 20 Dec 2019)

Two stamps were dedicated to him by the national postal service in Colombia after he won a gold medal and a bronze medal at the 2016 Paralympic Games in Rio de Janeiro. (afitecol.com, 23 Jan 2017)
Famous relatives
His father Dagoberto played football for Alianza Llanos Covisan in Colombia. (cali.extra.com.co, 03 Aug 2016; 90minutos.co, 22 Jul 2016)
Ambitions
To win gold in the javelin throw and shot put at the 2020 Paralympic Games in Tokyo. (paranacionales.gov.co, 07 Dec 2019; Facebook page, 01 Sep 2019)
Impairment
He has cerebral palsy due to a lack of oxygen at birth [hypoxia]. (cali.extra.com.co, 03 Aug 2016; Mundo Deportes, 23 Apr 2015; Athlete, 08 Nov 2019)
Other information
BIG AMBITIONS
He says bronze medals in shot put at the 2016 Paralympic Games in Rio de Janeiro and three editions of the world championships have made him hungry to win gold in the event at the 2020 Games in Tokyo. He also wants to retain his javelin gold from the 2016 Games with his first throw. "My goal now is to do something extraordinary. Everybody talks about me as the javelin thrower who is world and Paralympic champion, but I want to achieve that in shot put as well. I've claimed bronze medals and I'm tired of being just third. This time I want the gold. My goal is to win both events in Tokyo, but I want to win the javelin in just one attempt. People tell me I'm already in the history books because I am a champion, but I want more." (elespectador.com, 09 Feb 2021)

TEETH MODIFICATION
He says he had his canine teeth modified to resemble fangs in order to change the stereotype of Para athletes. "I didn't want to have the same smile as the rest of the world. I've always said that Paralympic sport has to be a show. That means being outside of the stereotype of sitting in a wheelchair. It's a matter of attitude in life, and while I am competing." (paranacionales.gov.co, 07 Dec 2019)

Brazil off to record-breaking start