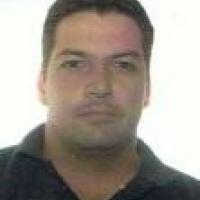 When and where did you begin this sport?
He first tried skiing in 1982 in Lavorgo, Switzerland. He discovered monoski six months after his accident in 1998.
Why this sport?
Skiing was the sport he was best at as a child.
Name of coach
Bjorn Bruhin [national]
Coach from which country?
Switzerland
Training Regime
In the summer he trains using a handbike and then gets back onto the slopes by the end of August.

Hobbies
Cycling, tennis, cooking. (swissparalympic.ch, 17 Feb 2014)
Memorable sporting achievement
The feeling of freedom he has each time he skis. (Athlete, 20 Nov 2013)
Most influential person in career
His former girlfriend. (Athlete, 20 Nov 2013)
Hero / Idol
Swiss tennis player Roger Federer. (Athlete, 08 Mar 2014)
Sporting philosophy / motto
"Sport is everything." (Athlete, 08 Mar 2014)
Ambitions
To compete at a Paralympic Winter Games. (Athlete, 20 Nov 2013)
Impairment
He was involved in a helicopter crash in September 1997 in which two people died. He has used a wheelchair since. (ftia.ch, 01 Apr 2012; cooperazione.ch, 02 Jan 2012)
Other information
ACCESSIBILITY IN SWITZERLAND
He has noticed a big change in how easy it is to get into buildings for wheelchair users since he first had his accident in 1997. "The accessibility of buildings used to be very limited, but things have improved. Today there are ramps, stair lifts everywhere. I am self-sufficient, I drive the car, I have an almost normal life. Maybe sometimes I happen to be in a store and ask someone to hand me a box of cookies from a high shelf too. I see it as an opportunity to have a chat rather than a source of discomfort." (cooperazione.ch, 02 Jan 2012)