Maxime Montaggioni was a hot favourite for Paralympic gold but his dreams were crushed when he got injured during training at PyeongChang 2018. But he seems to have put that disappointment behind him with an outstanding return to competition during the 2018-19 season.

Montaggioni has made a statement return to the sport since his PyeongChang 2018 accident by sweeping both snowboard-cross races at the 2019 World Cup in Big White, Canada. He went three for four at the next World Cup in La Molina, Spain; also taking top honours in banked slalom.

The Frenchman caused a shock at the 2017 World Championships when he upset USA’s gold-medal favourite Mike Minor in banked slalom. He then went head-to-head with Minor for the boarder-cross title but came up short.

The following season was Montaggioni’s strongest as he came away with the overall World Cup crystal globe in the men’s SB-UL category that set him up for success in PyeongChang. But it was not meant to be.

Montaggioni was born without his right hand and remembered being teased by other kids. It was when he was around 14 years old that he realised he had to live with his impairment. He picked up taekwondo a few years ago and fell in love with snowboard-cross because of the adrenaline rush, and he stuck with the sport.

Hobbies
Motorbiking. (bikebound.com, 29 Jun 2017)
Memorable sporting achievement
Winning gold in banked slalom at the 2017 World Championships in Big White, BC, Canada. (Athlete, 07 Mar 2018)
Most influential person in career
His taekwondo coach Michael Melou. (Athlete, 07 Mar 2018)
Hero / Idol
French snowboarder Pierre Vaultier. (Athlete, 07 Mar 2018)
Injuries
A ligament injury to his right knee prevented him competing at the 2018 Paralympic Winter Games in Pyeongchang. He sustained the initial injury after falling at a competition in Andorra, and then aggravated it during his first training session in Pyeongchang. He underwent surgery in April 2018, and returned to the slopes in December 2018. (Facebook page, 13 Dec 2018, 19 Apr 2018; france3-regions.francetvinfo.fr, 12 Mar 2018)

In 2016 he sustained a back injury while in Bariloche, Argentina. (enroutepourrio.eu, 29 Nov 2016)
Awards and honours
In 2015 he was named Athlete with an Impairment of the Year in Nice, France. (20minutes.fr, 09 Mar 2016)
Other sports
He won a bronze medal in Para taekwondo at the 2013 World Championships in Lausanne, Switzerland. (20minutes.fr, 09 Mar 2016; SportsDeskOnline, 08 Jun 2013)
Ambitions
To compete at the 2022 Paralympic Winter Games in Beijing. (france3-regions.francetvinfo.fr, 12 Mar 2018)
Impairment
He was born without his right forearm. (20minutes.fr, 09 Mar 2016; nicematin.com, 10 Jun 2009)
Other information
DIFFERENT APPROACH
An injury to his right knee meant he was unable to compete at the 2018 Paralympic Winter Games in Pyeongchang. The disappointment of missing out on the competition made him change his approach to the sport. "I'm completely different. I'm less aggressive in my rides, I'm just thinking with my brain so I have strategy and I've got maturity. Now I'm safer in my choices and in my vision of the race. I got some distance and now I use my brain more than my muscles." (paralympic.org, 20 Mar 2019) 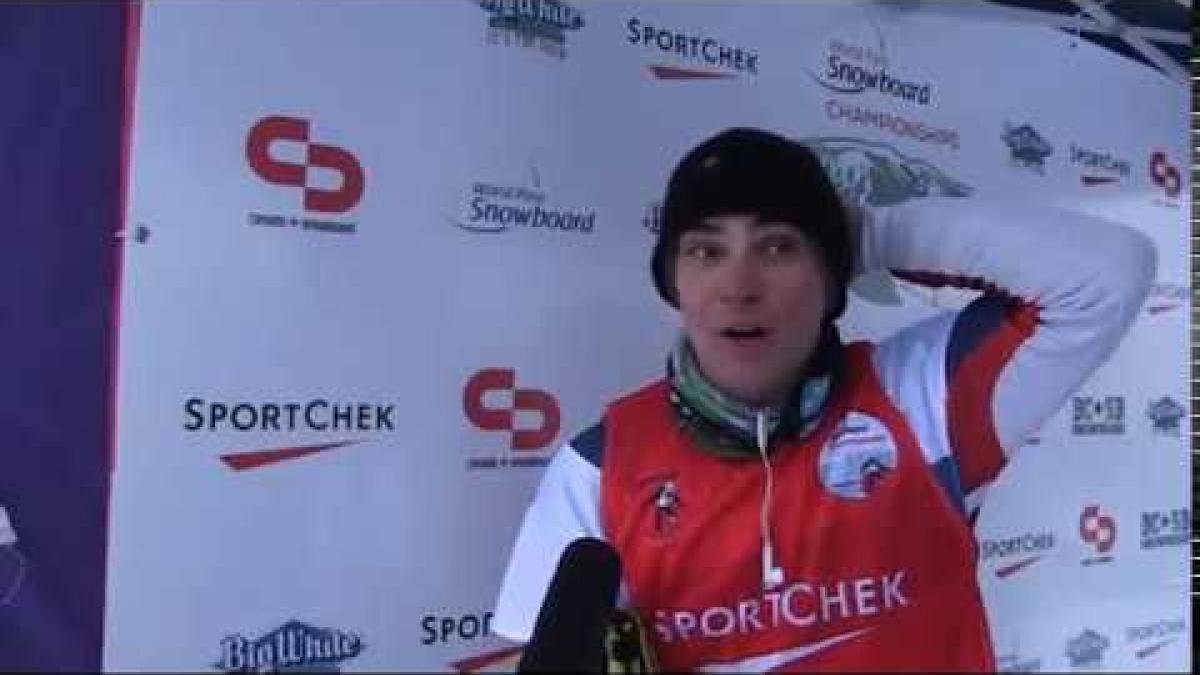