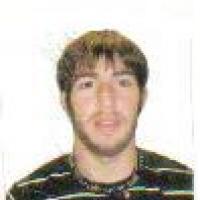 When and where did you begin this sport?
He took up para-athletics in 2005 in Lugo, Spain.
Why this sport?
He was a member of the Spanish National Organisation of the Blind [ONCE], where he was told he could try sports. He first tried cycling, and later athletics. In his first athletics competition he won, so he decided to keep going.
Club / Team
Club Verxel Nutricion Deportiva: Lugo, ESP

Since 2009 he has been affected by arthritis, which began in his knees and later affected a number of other parts of his body. This limits his training sessions and causes him pain. (Athlete, 15 Dec 2015)

FROM ARGENTINA TO SPAIN
In 2002 an economic crisis in Argentina affected his family, so his father decided to emigrate. They chose Spain because his grandparents were from Lugo, and the following year at age 14 he moved with his family to Spain. (Athlete, 15 Dec 2015)