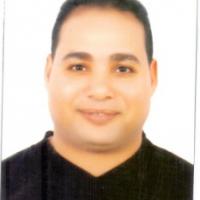 When and where did you begin this sport?
He took up the sport at age five in Shanawan, Egypt. At age 15 he lifted 125kg and had to find a new place to train as his village did not have enough weights for him to do heavier lifts.
Why this sport?
He was encouraged to take up powerlifting by a coach at a nearby sports centre. "I didn't like how society treated me, this was a motivation for me to start sports. I wanted to prove myself."
Club / Team
Police Sports Federation Club: Egypt
Name of coach
Mostafa Fadlon [club], EGY; Saeed Abdelhafez [club], EGY; Mahmoud Nabil [national], EGY

An injury prevented him from taking part in competition at the 2016 Paralympic Games in Rio de Janeiro. (el-balad.com, 13 Sep 2016)

In July 1999 he sustained a shoulder injury that prevented him from training and competing for nearly three months. In 2000 he suffered a recurrence of the injury that kept him out of action for a further five months, but he returned in time to compete at the 2000 Paralympic Games in Sydney. (essamazouz.com, 13 Jun 2001)
Awards and honours
He was Egypt's flag bearer at the opening ceremonies of the 2012 and 2016 Paralympic Games. (paralympic.org, 29 Aug 2012; myinfo.rio2016.com, 06 Sep 2016)
Impairment
His impairment is the result of the effects of polio. He contracted the illness at a young age. (Athlete, 05 Mar 2019; sport.elwatannews.com, 14 Sep 2016)