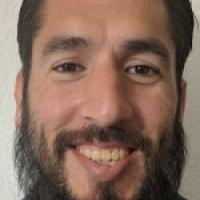 Nicknames
Mike (teamusa.org, 01 Jan 2019)
Hobbies
Softball, CrossFit. (teamusa.org, 01 Jan 2019)
Sporting philosophy / motto
"Never quit no matter what. Always fight it out." (americansnippets.com, 04 Oct 2017)
Awards and honours
He was named 2019 Adult Male Athlete of the Year by the National Congress of State Games [NCSG] in the United States of America. (montanasports.com, 29 Oct 2019)
Other sports
He was offered a scholarship to play baseball at university in the United States of America before he decided to join the military. He has also competed in CrossFit at an elite level. (teamusa.org, 01 Jan 2019; americansnippets.com, 04 Oct 2017)
Impairment
In January 2007 he sustained a severe injury to his left leg while serving in the US Army after two improvised explosive devices [IEDs] simultaneously detonated beneath the truck he was travelling in. After nine months of unsuccessful rehabilitation, the decision was made to amputate his leg below the knee so he could continue to lead an active lifestyle. (teamusa.org, 01 Jan 2019; americansnippets.com, 04 Oct 2017)
Other information
OCCUPATION
After leaving the US Army he secured a position as a graphic designer at MLB Network, the official television channel of Major League Baseball. He initially joined on a freelance basis through the network's Veterans Apprenticeship Program. "I got an email saying, 'Does anyone have an interest in graphics design and working with Major League Baseball?' I always had an interest in computers, but I knew nothing about them. I said, 'Let me shoot them an email just to see what happens'. It's never depressing or unsatisfying. You never have to wake up and say, 'Man, do I have to go to work?' You wake up, and you're so excited to go to work today." (teamusa.org, 01 Jan 2019; sportsvideo.org, 07 Mar 2017)