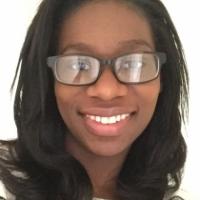 When and where did you begin this sport?
She was introduced to adaptive sports by her new family, after she was adopted at age nine. Her mother would drive her and her adopted sibling Dan to the Bennett Institute in Baltimore, MD, United States of America, to take part in a range of Para sports including archery, hockey, basketball, skiing, rowing, kayaking, football, volleyball, tennis, baseball and wheelchair racing.
Why this sport?
Her adoptive parents encouraged her and her siblings to try a range of Para sports. "They always taught us to not feel sorry for yourself. Go out there and do it. Get it done. Don't worry about what people say about you, just go have fun."
Training Regime
She trains up to five hours a day, six days per week.

Injuries
She won the 2018 Los Angeles Marathon despite competing with a displaced rib. (itwillmoveyou.nyc, 24 Sep 2018; centredaily.com, 28 Oct 2018)
Sporting philosophy / motto
"Do your best, don't give up, keep going, don't let anyone tell you that you can't do it." (centredaily.com, 28 Oct 2018)
Ambitions
To compete at the Paralympic Games. (blog.nyrr.org, 05 Jun 2018)
Impairment
She suffered a spinal cord injury as a baby due to physical abuse. (philadelphia.cbslocal.com, 29 Apr 2016; einsteinperspectives.com, 04 May 2016)
Other information
FAMILY
She spent time in three foster homes before she was adopted by Joan and Bill Wheeler. She is one of six children adopted by the couple, who also have three biological children. Their eldest adopted son, Christopher, competed in gymnastics at the Special Olympics World Games in 1995 and 1998, while two other children, Dan [who has spina bifida] and Melissa, also compete in Para sports. "What I like, is that [my mother] doesn't feel sorry for us. It was always, 'Go do it. There's no reason why you can't do it for yourself. OK, yeah, you have a disability but that doesn't make you who you are'." (einsteinperspectives.com, 04 May 2016)

CHILDHOOD INJURY
At age five, while living in foster care, she was hit by a bus and spent time in a body cast. "I had a babysitter and she wasn't holding my hand like she should have been doing. I'm guessing the bus driver saw the babysitter, but didn't see me. I broke a leg and an arm." (einsteinperspectives.com, 04 May 2016)

FURTHER STUDIES
She has a master's degree in mental health and rehabilitation counselling by the Penn State University in State College, PA, United States of America. (blog.nyrr.org, 05 Jun 2018)

OCCUPATION
She works for an organisation that helps people with developmental impairments in the United States of America. (centredaily.com, 28 Oct 2018)