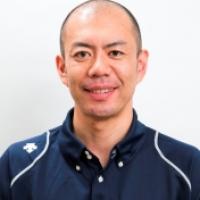 When and where did you begin this sport?
He took up the sport in 1995 in Tomakomai, Japan.
Why this sport?
Although he was ill, he was looking to try a new sport. He saw an article about ice sledge hockey in a magazine he was reading while hospitalised and decided to give it a go.
Preferred position / style / stance / technique
Goaltender

OTHER ACTIVITIES
He serves as a board member for the Paralympians' Association of Japan. (paralympians.jp, 19 Mar 2015)