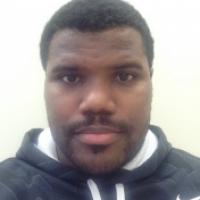 When and where did you begin this sport?
He took up Para athletics in September 2014, when he received his first running blades.

Sporting philosophy / motto
"Figure it out. If you have a problem, make a plan and act on it." (bostonglobe.com, 29 May 2013)
Other sports
He has represented Burlington High School and the University of New Hampshire in American football. (wcax.com, 09 May 2015)
Impairment
In 2011 he was involved in a car accident which resulted in both of his legs being amputated below the knee and his right hand also being amputated. (bostonglobe.com, 29 May 2013)
Other information
OCCUPATION
He has worked as director of Adaptive Sports New England, a non-profit organisation dedicated to increasing participation in sports and physical activity among youth and young adults who have visual or mobility impairments in New England, United States of America. (adaptivesportsne.org, 2015)

BOSTON MARATHON 2013
He decided to volunteer to offer assistance to victims of the explosion at the 2013 Boston Marathon by using what he had learned during his own rehabilitation. (bostonglobe.com, 29 May 2013)