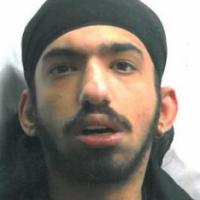 When and where did you begin this sport?
He began playing sport at age eight.
Why this sport?
"The first time I competed for my school I knew from that moment sport wasn't just something I enjoyed but this was a natural talent."
Club / Team
Royal Sutton Coldfield Athletics Club: England
Name of coach
Graham Felton [club], GBR

Sporting philosophy / motto
"I run for glory, I throw for perfection, and the cerebral palsy is a thing in the past." (Facebook profile, 06 Dec 2016)
Awards and honours
He was named Athlete of the Season by Royal Sutton Coldfield Athletics Club in England in 2014, 2015 and 2016. (munindersinghhayer.co.uk, Sep 2016)

He was named Sportsperson with an Impairment of the Year at the 2015 Sutton Coldfield Sports Awards in England. (suttoncoldfieldobserver.co.uk, 03 Feb 2016)
Ambitions
To compete at the 2017 World Championships in London, England, and at the 2020 Paralympic Games in Tokyo. (Twitter profile, 18 Dec 2016; munindersinghhayer.co.uk, Sep 2016)
Impairment
He was born with a lack of oxygen resulting in cerebral palsy. It affects his coordination and ability to walk, so he normally uses an electric wheelchair. (munindersinghhayer.co.uk, Sep 2016)
Other information
OTHER STUDIES
He studied information technology at Walsall College in England. (LinkedIn profile, Sep 2016)