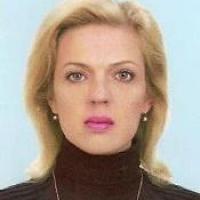 When and where did you begin this sport?
She took up the sport at age 13 in Omsk, Russia.
Why this sport?
At age 13 she went to the pool to learn how to swim. The official at the pool told her that she was too late, since children began to learn how to swim at age eight. The official added that the athletics coach had students who also came to swim. "So I went into athletics."
Handedness
Left

Memorable sporting achievement
Winning gold at the 2000 Paralympic Games in Sydney. (omskregion.info, 15 Jan 2014)
Sporting philosophy / motto
"Together we can do more." (Athlete, 08 Feb 2011)
Awards and honours
She holds the title of Honoured Master of Sport in Russia. (oguor.ru, 25 Mar 2013)

She received the Order for Honour to the Fatherland and the Order of Friendship in Russia. (i-news.kz, 28 Sep 2012)
Famous relatives
Her husband Evgeny has represented Russia in para-athletics [javelin] and competed at the 2012 Paralympic Games in London. (Nadezhda, 13 Dec 2008; ksantia-travel.ru, 24 Sep 2012)
Other information
RETIREMENT
In 2013 she announced an end to her athletics career. "At London Paralympics, I showed my best result, a personal record. I was physically well-prepared and could go on competing for over a year or two. However, during my sports career, which required maximum dedication, I have accumulated a huge mental tiredness." (omskregion.info, 15 Jan 2014)

HUSBAND
She keenly follows the performances of her husband and coach, Evgeny Gudkov, who also competes in athletics. At the 2012 Paralympic Games in London, she won a silver medal and Evgeny placed fourth in his event. "When my husband competes, for me it's as much my competition as it is his." (ksantia-travel.ru, 24 Sep 2012)

IMPORTANCE OF SPORT
She says sports can benefit all children with limited physical abilities. "Sports are a test of strength, especially for a person who has health difficulties. For a child with limited possibilities, sports make it possible to prove to himself that he is worth something. In sports I found myself as a person. Since childhood I communicated with healthy children, and studied in a regular school. Many people simply closed their eyes to my defect, the absence of a right hand. But I had to overcome complexes. I wanted to take my place in life, find a partner. Without athletics, no such thing would have happened." (i-news.kz, 28 Sep 2012)