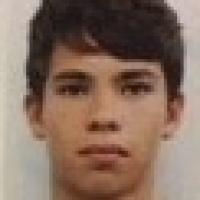 When and where did you begin this sport?
"I've been a nipper [young surf lifesaver] and competitive swimmer since I was five."
Why this sport?
He was inspired by his older brother Braedan to take up the sport.
Club / Team
USC Spartans Swim Club: Australia

BROTHERLY SUPPORT
In July 2018 both Nathan and older brother Braedan took part in the Australian trials for the Pan Pacific Para Swimming Championships the same year. Braedan met the required time for the 400m freestyle in the heats and qualified for the final of the event at the trials, but Nathan missed the qualifying time by one second and was named first reserve for the final. Braedan then voluntarily pulled out of the final, meaning Nathan took his place and had another shot at making the qualification time, which he did in a personal best time. As a result, both brothers earned a spot at the Para Pan Pacs. "After the morning swim I was a bit disappointed because I was just outside the time and the final, and Braedan told me what he was planning to do. I got a chat from him telling me he's pulled out and I had the opportunity but needed to step up, so I pulled my finger out and went for it. It was the hardest swim I've ever had in the 400m and thankfully the results came through. We've always been pretty close as brothers, always enjoyed being around each other in the surf, in the backyard or whatever. And now being on a [Para Pan Pacs] team for both of us is pretty special, this being my first team is epic, looking up to Braedan and seeing where the baseline is for where I need to be." (news.com.au, 04 Jul 2018)