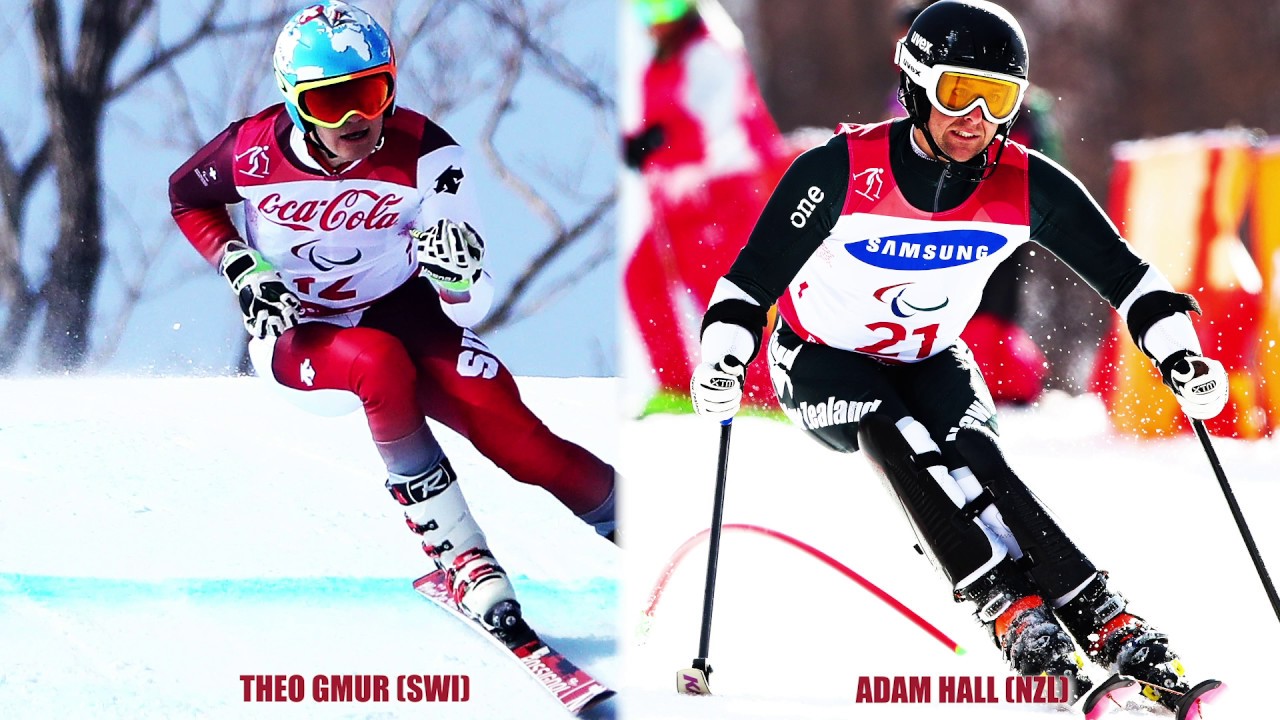 There will be plenty of Paralympic champions looking to polish up their crowns - and no shortage of young guns ready to upstage them - when the 2019 World Para Alpine Skiing Championships begin in Kranjska Gora on Monday (21 January).

This year, the bi-annual competition will be held at two venues with Kranjska Gora hosting the technical races from 21-24 January, and neighbouring Sella Nevea, Italy taking over for the speed events from 29 January to 1 February.

Eight-time Paralympic champion Marie Bochet will be the one to beat in the women’s standing races. The French supernova has 14 world titles and will be defending three of them from the 2017 World Championships held in Tarvisio, Italy - in Downhill, Super-G and Super Combined - as well as trying to upgrade her silvers in the Giant Slalom and Slalom.

“Too many,” Bochet laughed when asked what goals she set for the 2019 World Championships. “To be honest, I just want to try to enjoy being on the ski hill because last year was very busy for me and I was tired so I just want to find some joy and do my best.”

“There are a lot of Canadian girls,” Bochet said. “There are many girls who could be ready this year. I think the level is growing and it’s nice.”

Germany’s Andrea Rothfuss, who is defending titles in Giant Slalom and Slalom from the 2017 event and has since collected five medals at PyeongChang 2018, will also be a factor.

Veterans and rising stars will go to battle for world titles in the men’s vision impaired (VI) category.

Slovakia’s Jakub Krako and Miroslav Haraus have an impressive Paralympic medal record going back to Vancouver 2010 while their young rival Giacomo Bertagnolli only came into the international spotlight at the 2018 Paralympic Games.

The 20-year-old Italian upstaged the old guard in PyeongChang by winning two golds, a silver and a bronze, and now comes into the 2019 World Championships as a medal favourite.

Time has also not stood still for five-time Paralympic champion Krako who feels very different heading to Kranjska Gora and Sella Nevea as compared to Tarvisio in 2017.

“A lot of things have changed since two years ago,” said the five-time Paralympic champion. “For example, I got married and now I have a son, which changes my mental approach. I can’t say what will happen in the next few days, but I’m really curious to see how things will come about.”

For another Slovak skier, Henrieta Farkasova, the pressure could not be higher heading into the 2019 World Championships. The nine-time Paralympic champion won every event at the 2017 edition of the competition, except the Downhill where she was second, despite just coming off a two and a half year hiatus from competition due to a knee injury.

But the field has become much more competitive since Farkasova won her first Paralympic gold medal in 2010 so her defence of those titles could prove a lot more challenging, especially with top rivals coming back without injuries that constrained them in 2017.

“Everyone’s pretty competitive in our category. It’s a small category, but everyone is really competitive,” said Paralympic champion Kelly Gallagher of Great Britain who missed the 2017 event as a result of injuries she sustained in a crash days before the first race.

“The women’s visually impaired you start to see a whole lot more young girls coming in and rather than coming in their 20s, they’re coming in their early teens, and then they’re pairing themselves with guides who’ve got amazing experiences from able-bodied racing. It’s really great for the sport,” she added.

One of these young talents is Gallagher’s teammate Menna Fitzpatrick who broke out at the 2018 Paralympic Games where she beat Farkasova in Slalom and was runner-up to the Slovak legend in Giant Slalom and Super Combined.

Australia’s Melissa Perrine who came away from PyeongChang 2018 with two bronze medals, and is now working with a new guide Bobbi Kelly, will also try to make her mark.

The competition in the men’s sitting category promises to be an unpredictable one with many athletes potentially able to win the coveted medals.

Speed specialist Andrew Kurka of USA will try to defend his Downhill title from the 2017 World Championships while fending off fellow speedster Corey Peters of New Zealand who is out to take revenge for trailing Kurka in Downhill at PyeongChang 2018.

Aksel Lund Svindal’s training partner Jesper Pedersen also has much to prove heading to Kranjska Gora. Norway’s sole gold medallist at PyeongChang 2018 did not manage to get any medals at the World Championships two years ago, but now comes with newfound confidence from his Paralympic title in Giant Slalom and fresh off back-to-back victories at the first World Cup stop in Zagreb.

Jeroen Kampschreur of the Netherlands and Poland’s Igor Sikorski will also be tough competition.

Kampschreur is defending his title in the Super Combined, Giant Slalom and Slalom. Sikorski struggled at the 2017 World Championships and did not finish two out of his four races, but he has been steadily gaining momentum over the past 10 years in the sport and will bank on Kranjska Gora/Sella Nevea 2019 to solidify his status as a medal favourite.

Anna-Lena Forster and Anna Schaffelhuber are friends on the course, but rivals during competition. That rivalry will be in full force once again at the 2019 World Championships.

Forster came away from Tarvisio with a silver in Slalom and bronze in Super Combined, but her results have improved significantly since then, culminating in gold medals in both events at the PyeongChang 2018 Paralympic Games.

“I hope to win a title. That’s my plan,” Forster said. “I’m more easygoing now that I am a Paralympic champion so maybe I can go a little bit faster on this course.”

Beating her teammate, seven-time Paralympic champion and nine-time world champion Schaffelhuber will be crucial if Forster wants to get to the top of the podium.

“On the slope we are rivals, but when we are in the team on the road, we are good friends. We have fun and we help each other do better in the training,” Forster said. “There can also be surprises from other countries.”

Japan’s Momoka Muraoka, who won a medal in every event at the 2018 Paralympic Games including gold in Giant Slalom, will try to shake up the German dominance in the women’s sitting category.

Theo Gmur and Alexis Guimond are coming up fast on the world stage and could become the new favourites in the sport if they live up to expectations in Kranjska Gora and Sella Nevea.

Switzerland’s Gmur broke out with three gold medals at the 2018 Paralympic Games, and has an expanded schedule for the 2019 World Championships where he will try to improve on his single silver in Giant Slalom from two years ago.

Only 19 years old, Canada’s Guimond already won a bronze at the Paralympic Games in Giant Slalom, and fell just short of the podium in the Super-G and Downhill.

The previous World Championships came only a year after he made his senior debut, but even while finding his footing at the top-level event, the teenager still managed to come away with a bronze in the Giant Slalom.

Guimond’s rise risks to upstage veteran skiers, such as double Paralympic champion Markus Salcher of Austria, who will try to defend his Downhill and Super-G titles from Tarvisio, and New Zealand’s Adam Hall whose Paralympic track record goes back to 2006 and includes two gold medals including one in Slalom at PyeongChang 2018.

Australia’s Mitchell Gourley will be defending his Super Combined title and looking to pick up even more medals since he is in better form than in Tarvisio where he was skiing with a wrist injury.

You can watch the World Championships live on World Para Alpine Skiing’s website and Facebook page, where live results will also be available.