Natasha Baker, Great Britain's double Paralympic gold medallist, has thrown herself out of a plane to raise money for children’s charity Dreamflight, which take ill or children with an impairment on unforgettable holidays. 21 Sep 2014
Imagen 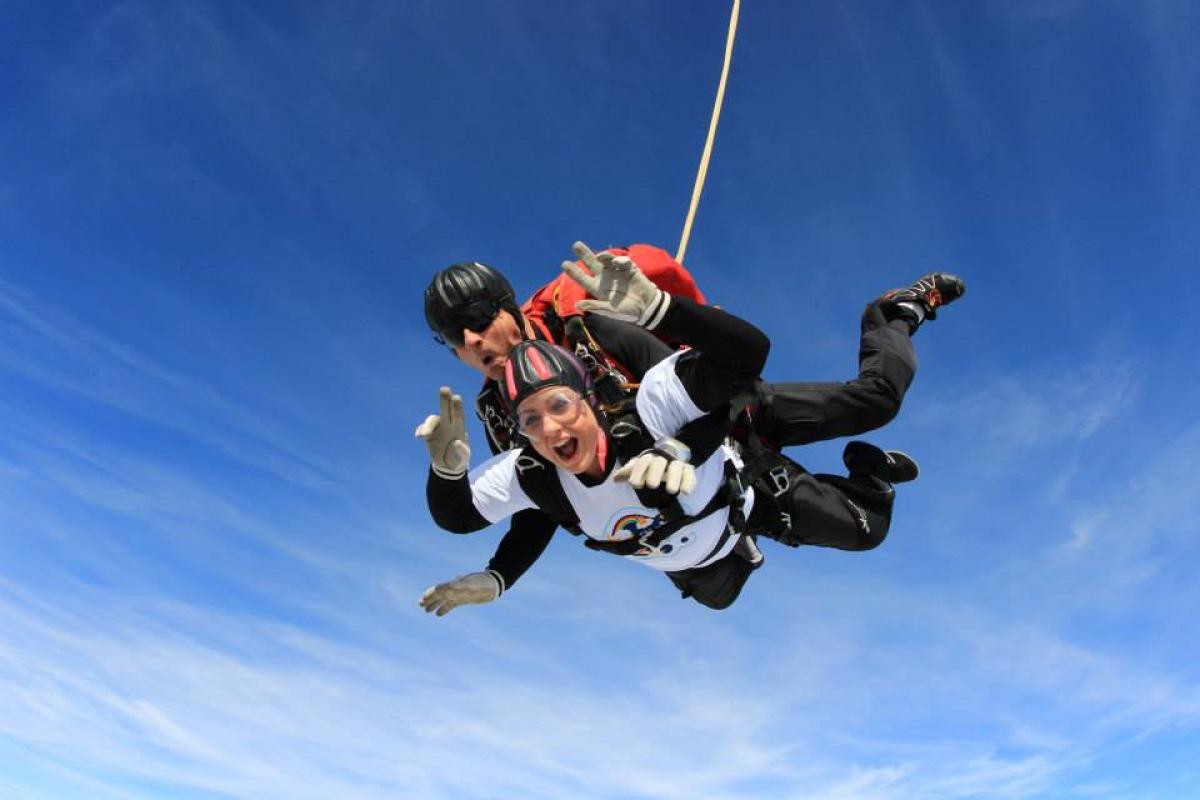 Great Britain's Natasha Baker takes on a skydive from 12,000 feet for charity

"Dreamflight takes almost 200 ill or children with an impairment to Orlando, Florida, the USA, every year for a 10-day holiday"

Great Britain’s double London 2012 gold medallist in para-equestrian dressage Natasha Baker completed a skydive on 14 September, to raise money for Dreamflight, a charity which Baker herself says “changed my life”.

Dreamflight takes almost 200 ill or children with an impairment to Orlando, Florida, the USA, every year for a 10-day holiday, giving them unforgettable experiences such at the city’s famous theme parks, including the opportunity to swim with dolphins.

So far, Baker, who is an ambassador for the charity, has raised around GBP 2,000 towards the GBP 1 million cost of this year’s trip, which she is accompanying, in October.

Baker said: “It has always been on my ‘bucket list’. I work closely with Dreamflight and have done for quite a long time now and I was a Dreamflight child when I was nine.

“It is just life changing and it was for me. We got back in touch over the London 2012 period and I started working with them and speaking at their events. I went to one at Gatwick Airport and the fundraising committee said: ‘You wouldn’t fancy doing a sky dive would you?’

“It was towards the end of the night and I had had a glass of wine so I said yes that’s a great idea I’d love to do one. I woke up the next morning and thought ‘Oh my, I agreed to do a sky dive last night’.”

Baker’s dive took place at 12,000 feet, strapped to an instructor. And, while she happily says she’s not scared of heights and felt as “cool as a cucumber” on the aircraft, when the time came to jump, she confessed to some nerves.

“Just as we were about to fly out, the nerves kicked in and I thought ‘oh what am I doing?’,” she said.

“But as soon as I was out and free falling it was just insane. I don’t think there is a word to describe it. It is just the weirdest sensation that you are literally flying thought the air and going through clouds was just bizarre.”

The money Baker raised will pay for up to five children’s accommodation on the trip, with more money hopefully to come before the fund-raising cut off date of 14 October.