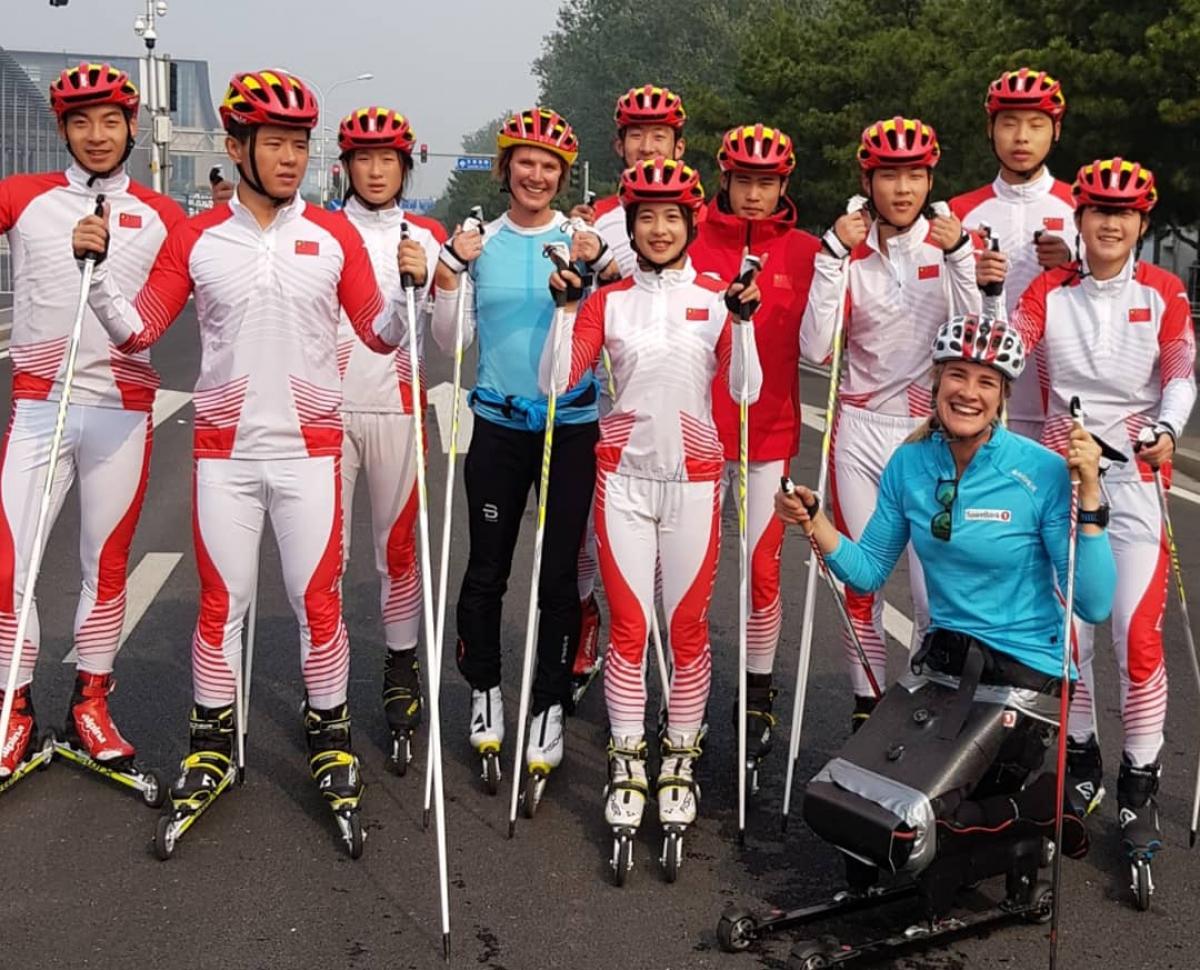 China’s Nordic skiers have received some special support as they prepare for their home Winter Paralympics at Beijing 2022, from Paralympian Birgit Skarstein.

The Norwegian skier, who competed at the latest edition of the Winter Games in PyeongChang earlier this year, visited Bejing to share her knowledge and expertise with around 100 Chinese athletes.

The lack of snow was not a problem, as Skarstein took on a sitting rollerski and joined her country-mate and former Olympic athlete Bente Skari in a relay event in front of the iconic Bird’s Nest stadium – which was built for the Beijing 2008 Olympics and Paralympics.

“I never thought I’d compete with Bente Skari – at least not in China,” posted Skarstein on social media about her experience. “We opened the floor together for an international delegation with a relay with Norwegian and Chinese athletes.”

Skarstein was part of a very special team in Beijing as she met the Norwegian Royal Family in an event to celebrate the exchange agreement signed between the two countries last year to help China develop winter sports－particularly cross-country skiing－in the build-up to Beijing 2022.

It was also a unique opportunity for the local athletes in their dreams to compete at home in the Winter Paralympics and Olympics.

"Today was a very special occasion for us to learn from the Norwegian skiers in front of such important guests in such an iconic location," said Wang Qiang, a member of China's Olympic national cross-country team.

It was not Skarstein’s first time in the 2022 host city. In February, she visited the headquarters of the Organising Committee to attend a meeting about PyeongChang 2018.

“With this organisation and the abilities in the team, I think Beijing can really make the Paralympic Winter Games something even bigger and tougher. I have a great belief in Beijing 2022,” she said.

Beijing will be the third Winter Paralympics for the Norwegian, who also competed in Para rowing at Rio 2016.

“I hope that the Games will send a message of ability, because it’s actually all about what you can do and how good you can get,” Skarstein said.

America
Paralympians to earn equal payouts as Olympians in the USA