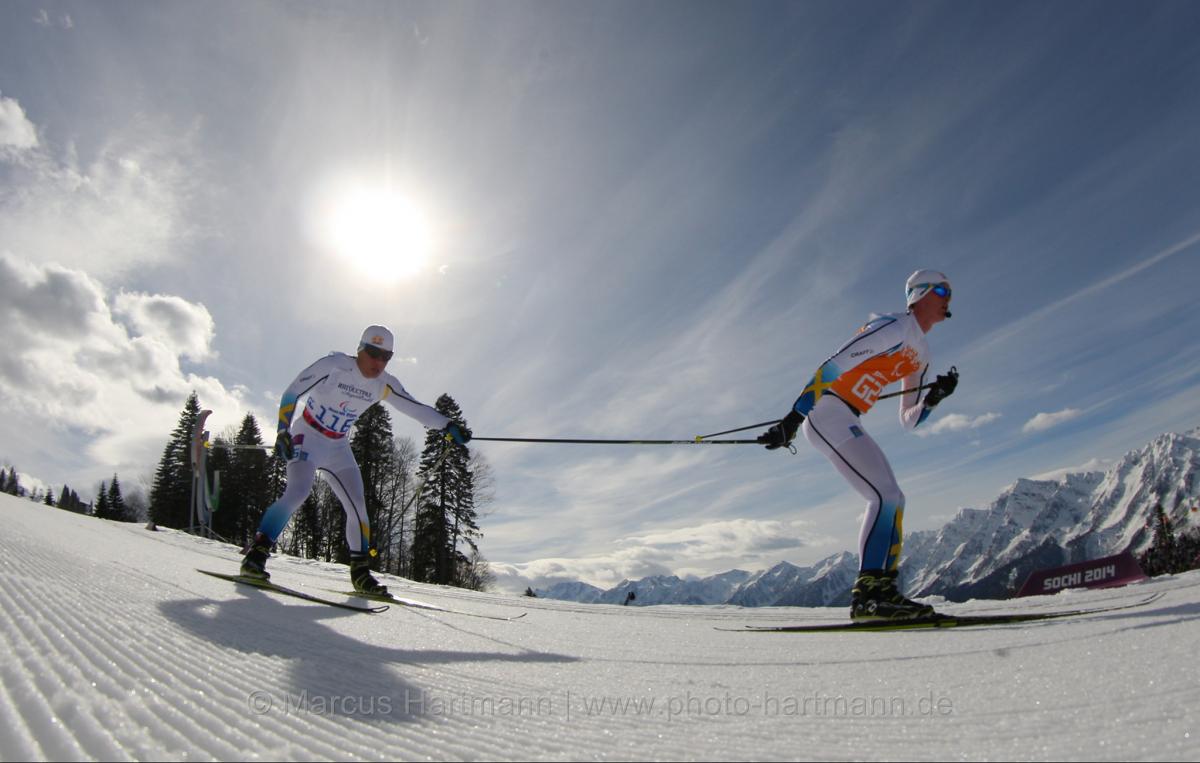 Zebastian Modin, Sweeden holds on to his guides pole as he goes downhill at the Sochi 2014 Paralympic Winter Games

At last year’s Sochi 2014 Winter Paralympic Games, the Russians dominated the biathlon field, winning four of the six gold medals up for grabs in the event. This time around, they will be favoured to come out on top again with some strong challengers looking to dethrone them.

Their most decorated athlete from Sochi 2014, Roman Petushkov, will once again be favoured to win the men’s sitting.

Petushkov and teammate Grigory Murygin, who won gold in the event at the 2013 IPC Nordic Skiing World Championships in Solleftea, Sweden, will go head-to-head in Cable, looking to add to their respective medal hauls and earn bragging rights within their home country.

Paralympians Aaron Pike and Andrew Soule will also make a charge on their home soil. Soule will be out to make good on his first race of the Championships, having finished three seconds off the podium at the Sochi 2014 Paralympic Winter Games.

Ukrainian Sochi silver medallist Maksym Yarovyi highlights the contingent of seven athletes in the field of 19 not from the United States or Russia.

In the women’s equivalent Germany’s Andrea Eskau has a trophy case full of Paralympic and World Championships medals. Compatriot and Paralympic silver medalist Anja Wicker is also a contender, whilst Oksana Masters serves as the sole US skier in the race.

In men’s standing event in the past two years, Canadian Mark Arendz has been the only stable name on the short distance podium, claiming the world title two years ago and taking home silver from the 2014 Paralympics.

The women’s standing competition will see the field stacked against the Russian women, though Alena Kaufman and Anna Milenina, the gold and silver medal winning duo from the 2014 Paralympics, will be in Cable to defend their positions from last season.

Standing in their way will be Ukraine’s World Cup points leader Oleksandra Kononova, who also landed on the podium in the event at the 2014 Paralympics, claiming bronze.

Finland’s Maija Jarvela could prove to be a surprise in the event. The fourth-place finisher at the 2014 Paralympics has added a bronze medal at the World Cup level this season.

Leading the men’s visually impaired biathlon World Cup standings, Russian Stanislav Chokhlaev and guide Evgenii Fatkhullin seem poised to reach the podium after placing in the top 10 at two previous Worlds. Challenging him for the top of the podium will be compatriot Nikolay Polukhin, guided by Andrey Tokarev, a silver medallist from Sochi 2014.

On the rise is Swedish skier Zebastian Modin, who picked up two silvers and a bronze medal a year ago in Sochi. Though he has yet to find his way onto a podium at the World Championships level, it only seems like a matter of time until Modin lands himself in the top three with guide Elias Elvebro.

Live results will be available at the Championships' website.

A livestream will be shown at www.cable2015.com. All competitions begin at 10am (CST) every day, with rest days on 26 and 29 January. 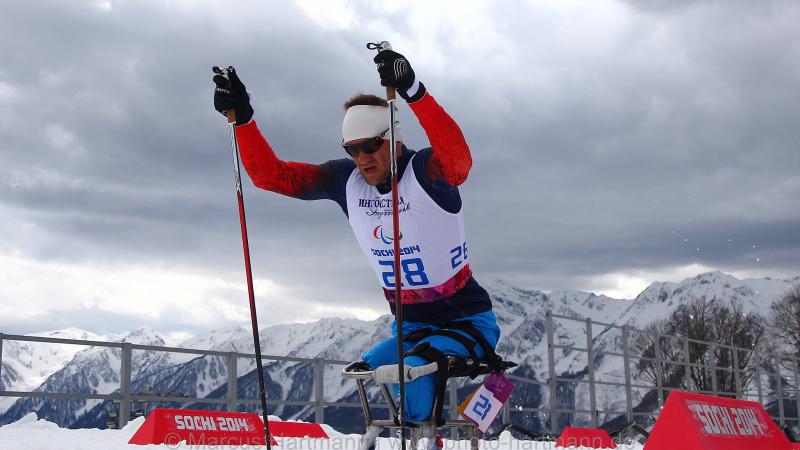