"These Games are a building block towards future Games, and as such, Team Canada includes a mix of veteran athletes with previous Paralympic experience, along with some younger, developing athletes."

The delegation, which includes 126 athletes, seven guides and 80 officials (coaches, managers, support and mission staff), will compete at the Games in Guadalajara, Mexico, from 12-20 November.

Canada will compete in 11 of 13 sports in Guadalajara: Archery, Athletics, Boccia, Para-Cycling, Goalball, Judo, Sitting Volleyball, Swimming, Table Tennis, Wheelchair Basketball and Wheelchair Tennis. It did not qualify for Football 5-a-side or Powerlifting.

For some team sports, such as Wheelchair Basketball and Sitting Volleyball, the Parapan American Games will serve as a direct qualifier for the London 2012 Paralympic Games.

While Canada will be without Paralympic wheelchair racing champion Michelle Stilwell and Swimming world champion Benoit Huot, its men’s and women’s Wheelchair Basketball squads could steal the show after both winning silver medals at the Beijing 2008 Paralympic Games.

“These Games are a building block towards future Games, and as such, Team Canada includes a mix of veteran athletes with previous Paralympic experience, along with some younger, developing athletes looking to compete in their first international multi-sport Games,” said Canada’s Chef de Mission, Rob Needham.

At the last Parapan American Games in Rio de Janeiro, Brazil, in 2007, Canada finished second in the medal standings behind Brazil with 112 medals – 49 of them gold. After finishing fifth overall in 2003 and ninth overall in 1999, Canada’s proven that it cannot be underestimated anymore at the Games.

The delegation was announced in conjunction with Sports Day in Canada and the launch of the CPC’s new grassroots initiative. The CPC launched a new online portal, with information on how to get involved in para-sport as a coach, athlete, guide, official, volunteer, teacher, parent or healthcare provider.

To read more about the CPC, visit its official website at www.paralympic.ca/. 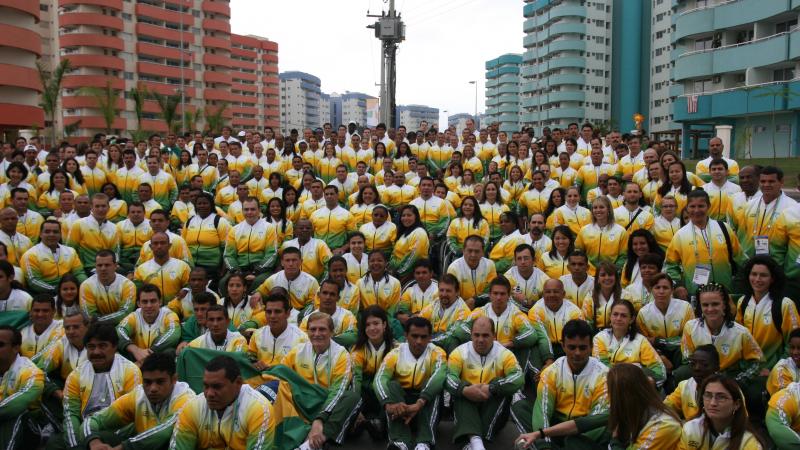