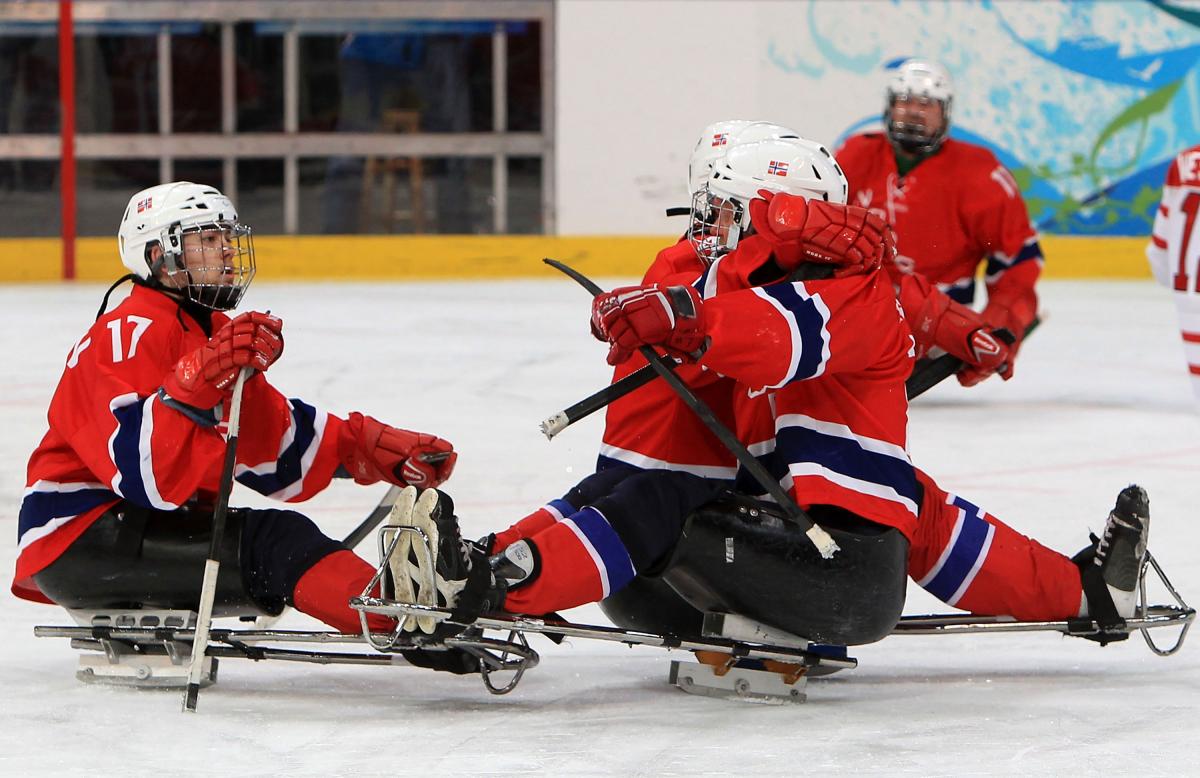 Loyd Remi Solberg, left, looks on as Eskil Hagen celebrates scoring the game-winning goal with teammate Tommy Rovelstad in the bronze-medal game of the Vancouver 2010 Paralympics.

Four years ago, Norway defeated Canada with just seconds remaining in the third period to steal the bronze medal from the Canadians on their home ice.

Canada sit atop the Group A standings with three points, after a 10-1 victory on Friday (8 March) against Sweden. Adam Dixon and Anthony Gale lead Canada offensively with two goals and two assists while Benoit St.-Amand made four saves in net for the win.

Norway secured two points in the standings by scoring a shoot-out win over Czech Republic with defenceman Rolf Pedersen scoring in the third round.

Despite the Day 1 win, Norway head coach Morten Haglund said his team will need to make some improvements against a strong Canada squad.

“We will try to get our defensive play a little bit better so we can stay in the game as long as possible,” Haglund said.

The second Group A game on Sunday sees No. 4 Czech Republic face off against No. 8 Sweden at 9:30 (MSK). Both teams will be looking to get into the win column in the tournament after starting off with losses on the opening day.

Per Kasperi, who is the offensive leader for Sweden, said after the first game that he was pleased with his team’s performance in the last two periods against Canada.

"I think if we play as we did in the second period, it will be OK. We have to start the match like that and go our way. We must just upgrade our performance in general,” Kasperi said.

South Korea, led by speedy forward Seung-Hwan Jung, have been a team on the rise over the last couple of years but will face a tough task in scoring as USA goaltender Steve Cash will try to extend his Paralympic Winter Games shutout streak.

The last time the two teams met with such big implications on the line was in the gold-medal game of the 2012 IPC Ice Sledge Hockey World Championships A-Pool, as the USA triumphed to take the title.

Host country Russia take on Italy in what should be a loud atmosphere at Shayba Arena to round out Day 2 at 20:00 (MSK). The last time these two teams met was at the 2013 IPC Ice Sledge Hockey World Championships A-Pool when Russia, on the strength of a third period Dmitry Lisov goal, edged Italy, 1-0.

In that game, goaltender Mikhail Ivanov stopped all 17 shots he faced to record the shutout. Russia will need a win to keep their medal chances alive. 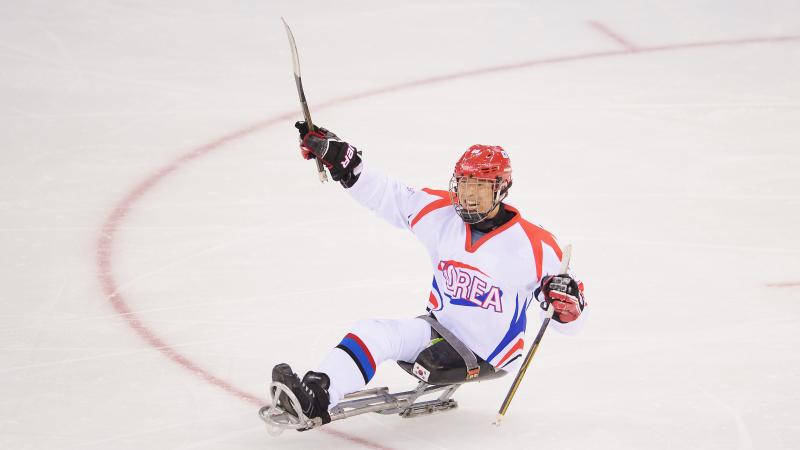 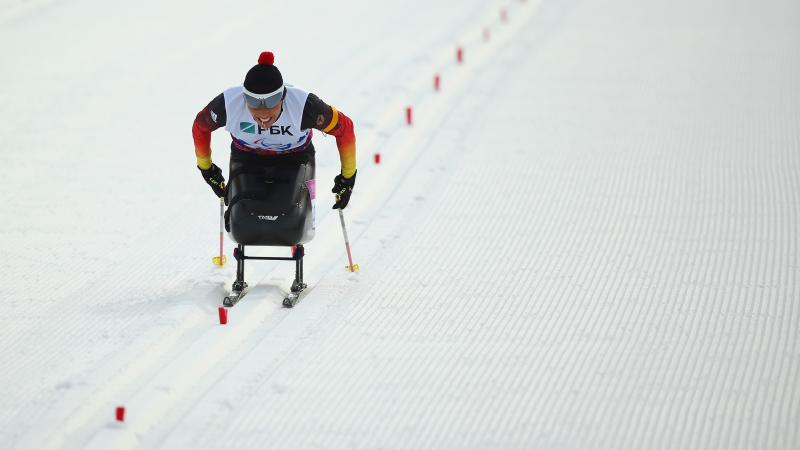