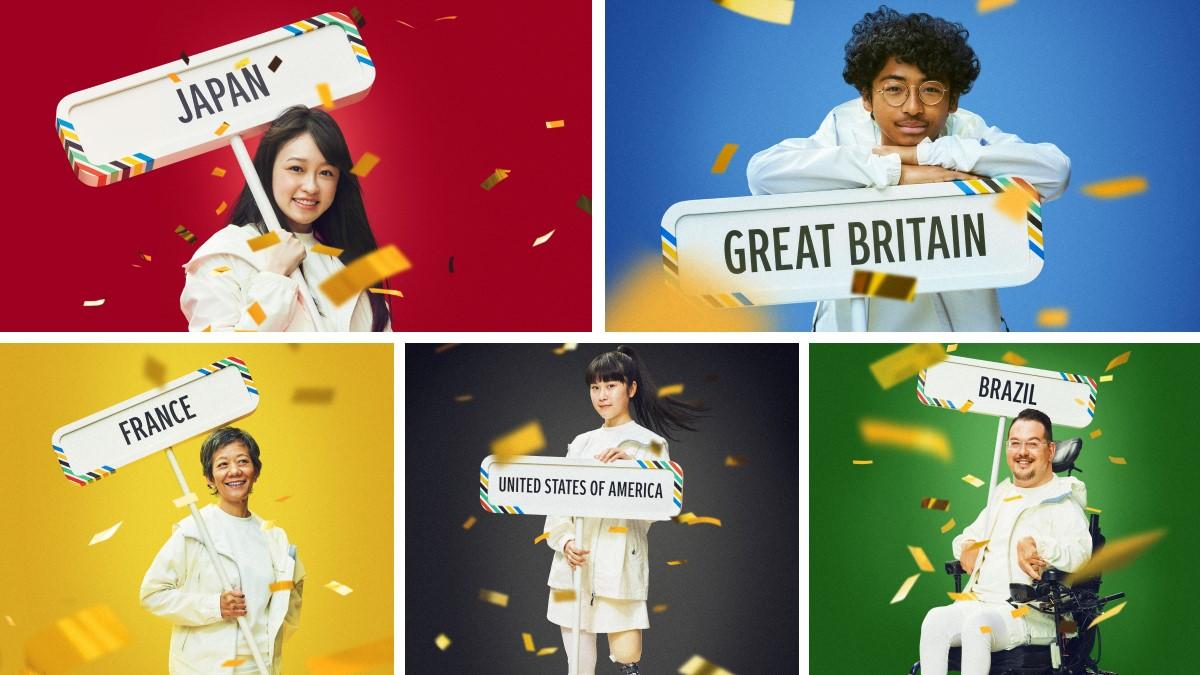 Coca-Cola, the Worldwide Partners of the International Paralympic Committee (IPC), have selected 31 placard bearers from cities across Japan to lead out Para athletes at the Tokyo 2020 Paralympic Games Opening Ceremony’s Athletes’ Parade.

Applicants took part in the selection process with a 400-word essay with a photo or a two-minute video, expressing their reasons for wanting to be a placard bearer and outlining their thoughts on the past year since the postponement of the Tokyo 2020 Games.

When the athletes enter the stadium on 24 August, the placard bearers - aged between 17 and 60 - will march alongside the flag bearers with their own inspirational messages on the Paralympic Games.

Seiko Nemoto, 55, teacher at the junior high school on the island of Shōdoshima, in the  Seto Inland Sea, summed up her excitement on becoming a placard bearer: “This is a once-in-a-lifetime opportunity. I always tell the children on the island to dream, smile, challenge yourself, appreciate diversity and connect with people. The Paralympic Games is truly a living teaching tool.”

For former ICU nurse Noyori Maki, 50, from Fukuoka, having been recently diagnosed with crystallin retinopathy, a disease causing gradual blindness, feels being amongst the inspirational Para athletes, would ease her fear of blindness.

“I came across sports for the physically challenged and started working with them. Thankfully, my sense of hopelessness gradually eased, and I began to think positively about finding a purpose in life other than being a nurse and experiencing various things while I could still see. I am convinced that witnessing top athletes will remove my fear of blindness and support me for the rest of my life."

“One of the concepts of Tokyo 2020 is ‘unity in diversity’,” explained Mikako Kotani, Sports Director and Head of the Gender Equality Promotion Team of the Tokyo 2020 Olympic and Paralympic Organising Committee.

“The Games will be held with the aim of realising a ‘symbiotic society’ where all people, regardless of ability, gender, age and sexuality, can value each other's human rights and dignity, support each other and live their most authentic life.

“The Paralympic Games are a place where diversity is acknowledged, where everyone is given a fair chance to demonstrate their individuality and abilities and where athletes with various disabilities will push their limits with ingenuity.

“By sharing the concept of diversity and inclusion with all athletes, spectators and everyone involved in the Games, we aim to ensure that afterwards each one of us will continue to practice the awareness we gained at the Tokyo 2020 Games, and that it will take root as a legacy in society. This is our goal.

“I would like to thank the Placard Bearers for their participation in the Opening Ceremony, and I hope that we can unite our efforts to make Tokyo 2020 a success and create an inclusive society."

“One of the concepts for the Tokyo 2020 Olympic and Paralympic Games is “harmony in diversity”, and we aim to make the Tokyo 2020 Games an opportunity for people around the world to reaffirm the importance of diversity and harmony, to foster a symbiotic society. In particular, the Opening Ceremony, where athletes from all over the world come together to celebrate their individuality, is a ceremony that conveys the beauty of diversity.

“We recruited about 80 Placard Bearers who will lead the opening ceremonies of the Olympic and Paralympic Games, representing the names of the participating countries and regions. The placard bearers will participate in a hospitality program to deepen their understanding of how to create a society where diversity is respected.

“The volunteers chosen are unique individuals who represent the strength of diversity. It is our hope that they will continue to promote this legacy even after the Games are over.”

WeThe15 was launched last Thursday 19 August and Coca-Cola have been supporting the campaign that aims to transform the lives of 1.2 billion people in the world with a disability: