World Championship couple Nadiia and Ivan Sivak danced to two golds in their 2016 debuts. 02 May 2016
Imagen 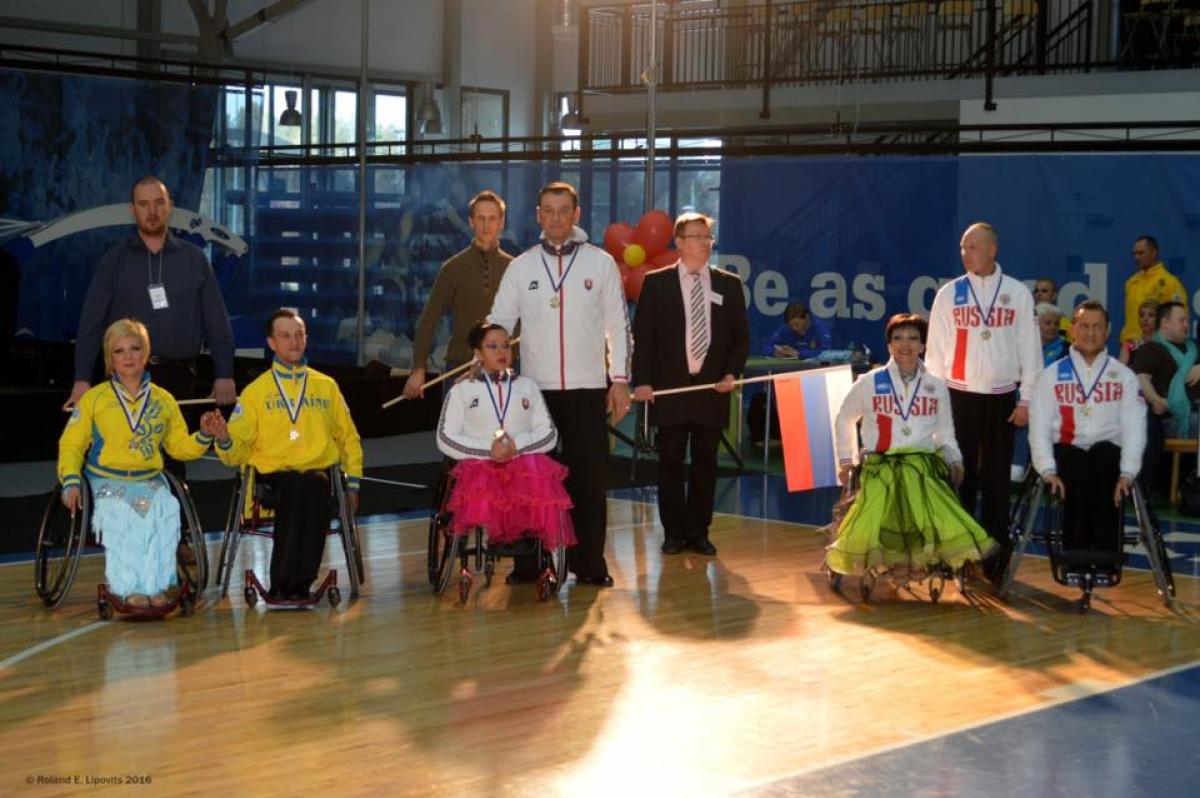 The winners of Saturday's competitions at the 2016 Suomi Open

The Ukrainian world title wining pairing of Nadiia and Ivan Sivak returned to their winning form over the weekend (30 April – 1 May), claiming double gold at the Suomi Open in Lohja, Finland.

In the duo Latin, the Ukrainians were the judges’ clear favourites in all five dances – samba, cha cha cha, rumba, paso doble and jive. Russia’s Mariia Maraleva and Ivan Selinskii took the silver, and Austria’s Brigitte Kroel and Werner Keiser rounded off the podium.

The Ukranian couple especially showed why they are back-to-back world champions in the duo standard, putting on near-flawless performances in the waltz, tango, Viennese waltz, slow foxtrot and quickstep. Austria’s Kroel and Keiser were strong in the waltz and Viennese waltz to take the silver and hand the Russian couple of Maraleva and Selinskii the bronze medal.

With partner Svetlana Kukushina, Sedakov added another gold to his season by winning the combi Latin 2. Their performances in the paso doble and jive were enough to push fellow Russians Ryzhkova and her partner Viacheslav Osipov into second place. Poland’s Katarzyna Bloch and Marek Zaborovski came in third.

Slovakia entered the medals standing, thanks to Helena Kasicka and Peter Vidasik in the combi standard 1. A strong dance in the tango especially helped the Slovakian duo win gold. Finnish couples of Harju and Pyykkonen, and Tuija Pajunen and Mikko Hakkarainen, rounded the podium with second and third place, respectively.

Russia topped the podium with eight medals, four which were gold. Ukraine was second with five, and Austria and Finland had three apiece.

Complete results from the Suomi Open are available on the IPC wheelchair dance sport website. The third event of the season heads to Frankfurt, Germany, for the International Wheelchair Dance Sport Mainhatten Cup held 28-29 May.