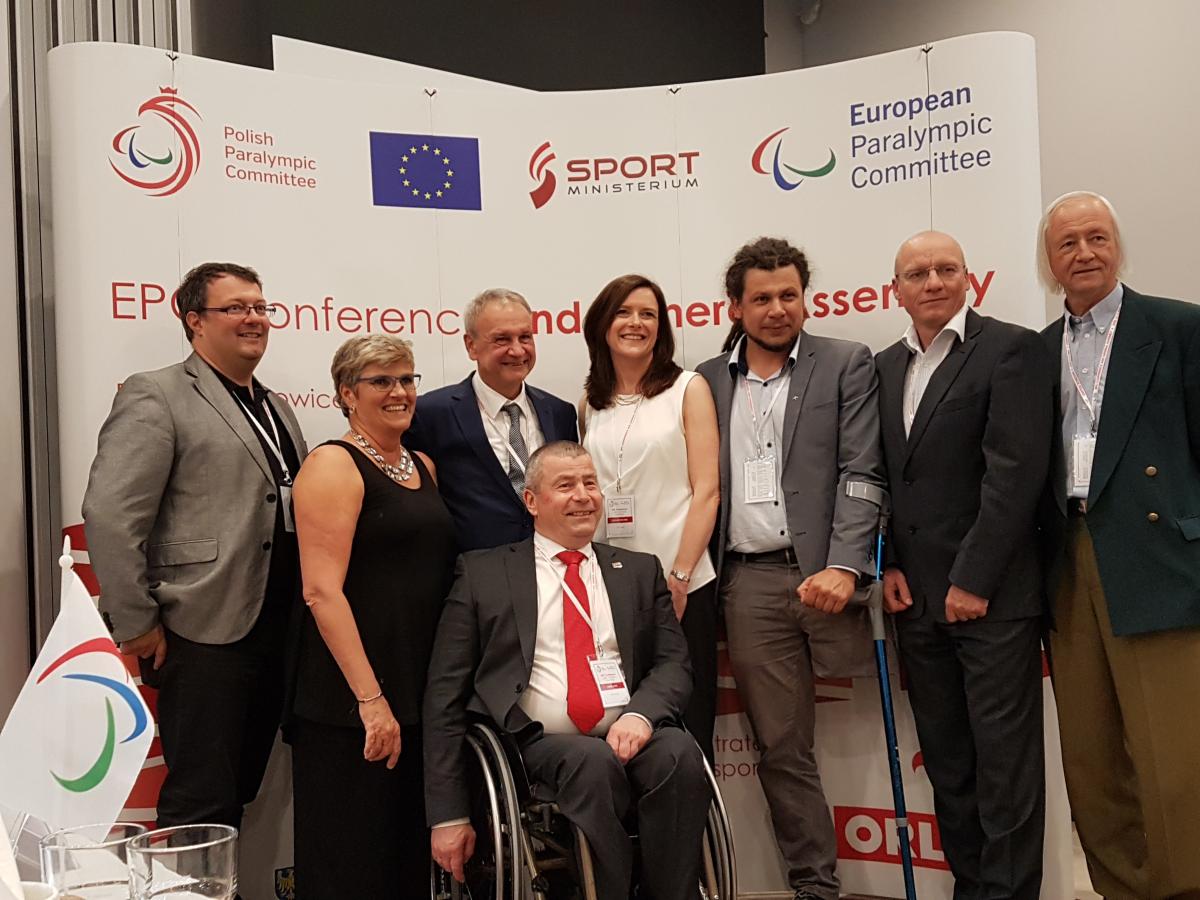 The new executive board of the European Paralympic Committee.

ⒸIPC
By EPC and IPC

The European Paralympic Committee (EPC) has elected its executive board members, with Ratko Kovacic to begin his four-year term as President.

Kovacic, President of the National Paralympic Committee (NPC) of Croatia, will succeed John Petersson of Denmark. The elections took place during the EPC’s General Assembly on 17 June in Katowice, Poland, the birthplace of Sir Ludwig Guttmann, founder of the Paralympic Movement.

“My main aim is to continue successful strategic plans of the former presidency,” said Kovacic. “I will take new steps in marketing programme and fundings. My goal is to enlarge National Paralympic Committees and strengthen the EPC.”

Said Petersson: “I wish him to look what have we done, what has been good, what hasn´t been so good and make some priorities. I think it is really important to make priorities for the future.”

Terje Jentoft Roel of Norway will support Kovacic as Vice President, and Austria’s Rivo Killer will serve as treasurer.