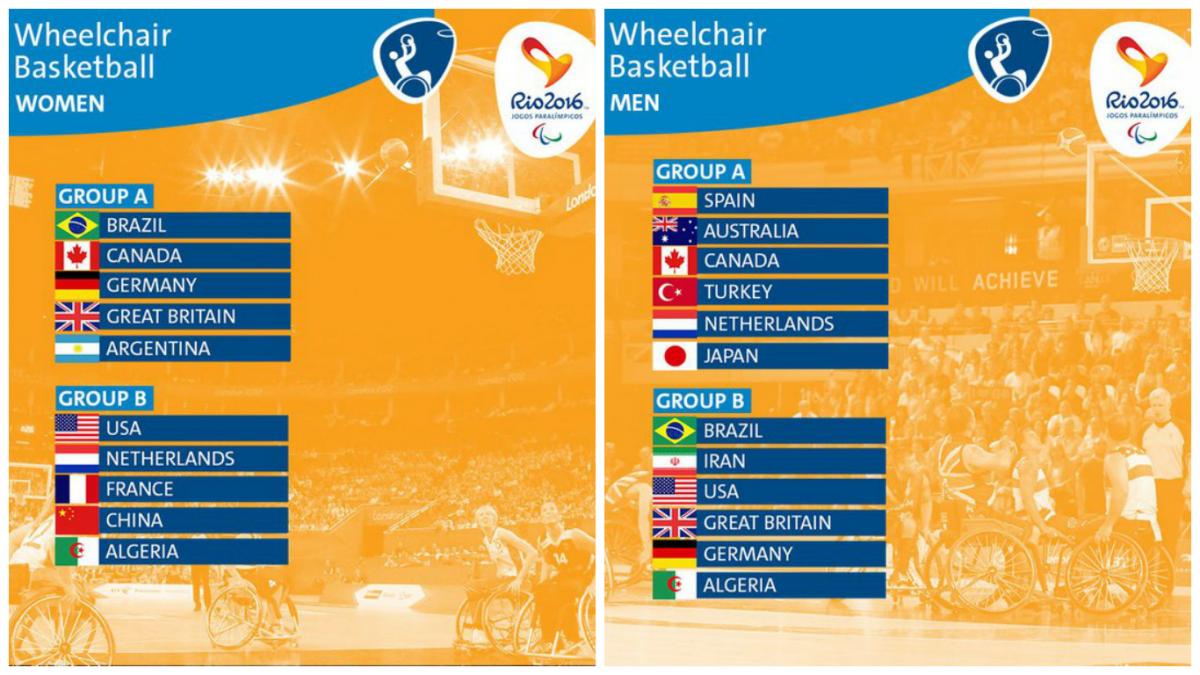 The groups for the wheelchair basketball tournament at the Rio 2016 Paralympic Games were decided on Wednesday (20 April) at the Organising Committee headquarters in a draw with a difference — the teams were drawn in pairs, with the duets featuring Brazil being left until last and the host nation granted the chance to decide which group they preferred.

In the 12-team men's tournament, the Brazilians opted to be included in Group B with London 2012 Paralympic bronze medallist and 2014 World Championship runners-up the USA, Iran, Great Britain, Germany and Algeria. That left Spain, who were partnered with Brazil in the draw, to join defending Paralympic champion Canada, defending Paralympic silver medallists and back-to-back world champions Australia, Turkey, the Netherlands and Japan in Group A.

In the 10-team women's tournament, Brazil decided to join Group A, which consists of reigning world champions Canada, defending Paralympic champions Germany, Great Britain and Argentina. That left Algeria to face London 2012 silver medallists the Netherlands, the USA, France and China in Group B.

Maureen Orchard, the secretary general of the International Wheelchair Basketball Federation (IWBF), said she was “certain that organisers would put on great Paralympic Games” as she has been working with the Brazilians since the Rio 2007 Parapan American Games.

"In the men's tournament, eight countries could reach the podium. Both groups are really strong,” Orchard said.

She added that she was particularly excited to see Algeria's men's and women's teams make their Paralympic Games debuts in the sport, along with the Chinese women.