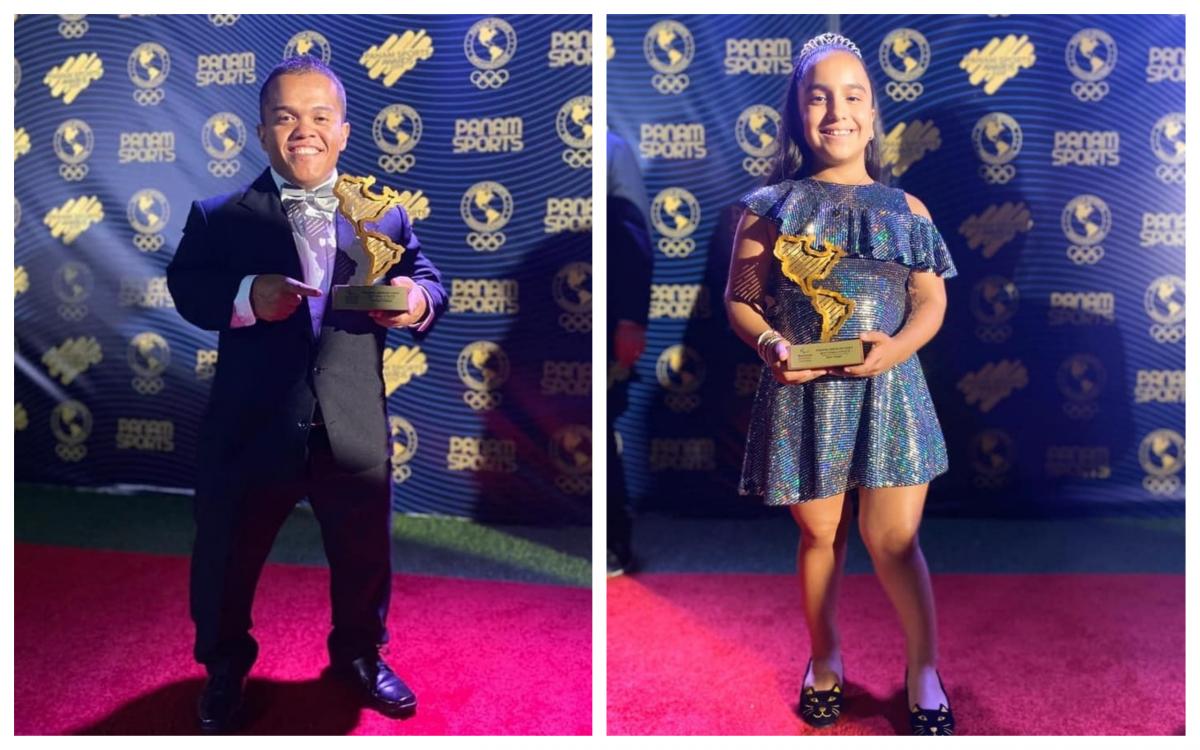 Herbert Aceituno and Sara Vargas were honoured by the Americas Paralympic Committee (APC) and Panam Sports as the best Para athletes of the Lima 2019 Parapan American Games at the inaugural edition of the Panam Sports Awards in Fort Lauderdale, USA, on 13 December.

The Salvadoran powerlifter helped his country break the curse and return to the top of the Parapan podium after 20 years by claiming the men’s up to 65kg title with a Games record lift of 182kg.

“My triumph was a demonstration that you can achieve your goals if you set out to do so. There is no barrier that one cannot overcome,” said Aceituno.

“That's what that gold medal meant to me. We brought back a Parapan American title to El Salvador after 20 years and broke a record.”

Colombian swimmer Vargas enjoyed a highly-successful Parapan debut. The youngest athlete at Lima 2019 was also one of the most decorated ones with four gold and one silver medals, setting four Games records along the way.

“Such a performance meant a lot to me. I'm very happy and satisfied with what we've achieved because we had trained hard. Four gold and one silver medals! They inspired me to keep training and winning medals,” the 13-year-old said.

“This is a really nice recognition and want to thank the Americas Paralympic Committee and Panam Sports.”

Produced by Univision-TUDN, the ceremony was live-streamed throughout the globe by the Panam Sports Channel, ESPN Play, Claro TV and R7 of Brazil.