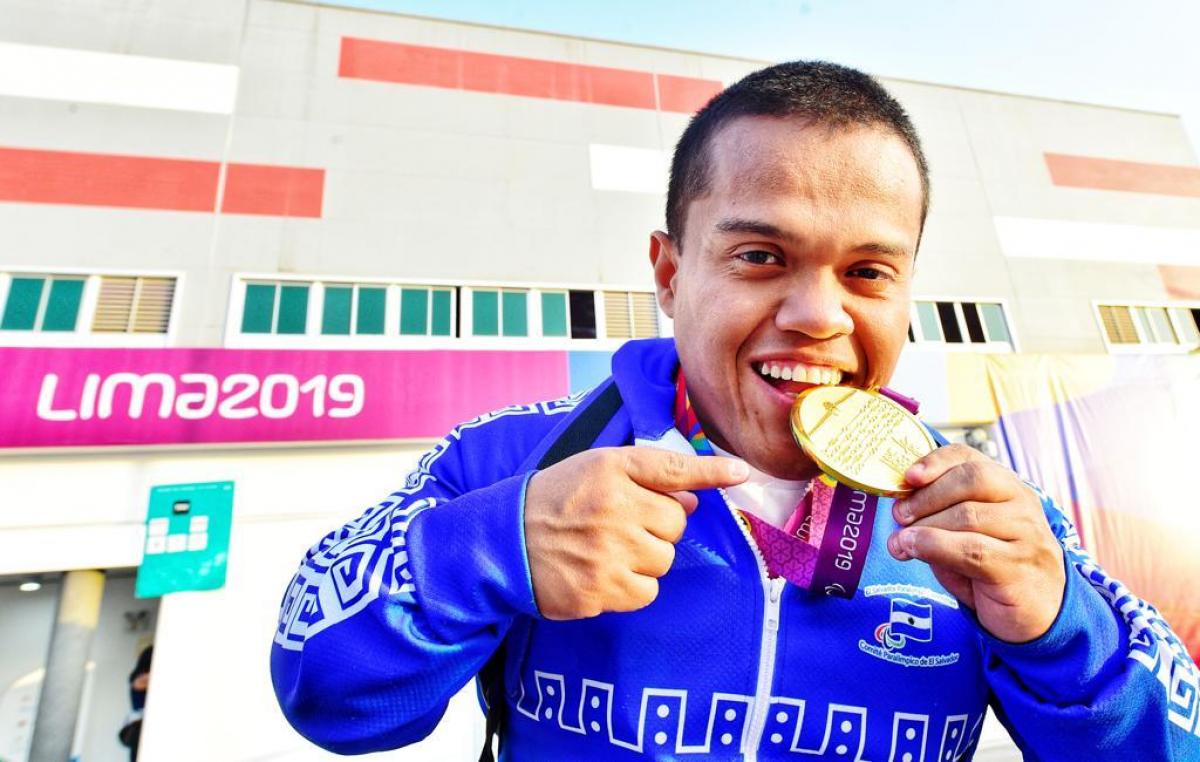 In a highly contested poll with 58,066 votes on the Americas Paralympic Committee’s website, the Salvadoran overcame badminton champion Raul Anguiano by just over 300 votes.

In the men’s up to 65kg, Aceituno lifted 180kg and 182kg after failing his first attempt to set a new Parapan record and take gold.

“This is a gift from God. To help my country win a medal again is very important. We are growing bit by bit, but we have made history,” he said.

On the other hand, Anguiano claimed Guatemala’s first Parapan American title ever, in the men’s singles SL4. “To win the gold medal was the goal I wanted to achieve, but I had to go step by step first.”

Peruvian track athlete Rosbil Guillen (5.28 per cent), who gave the hosts the first of their five golds at Lima 2019, ended third.