IPC announces Athlete of the Month shortlist for Best Team

The top seven teams from the London 2012 Paralympic Games are up for the Best Team Athlete of the Month award for August and September. 16 Oct 2012
Imagen 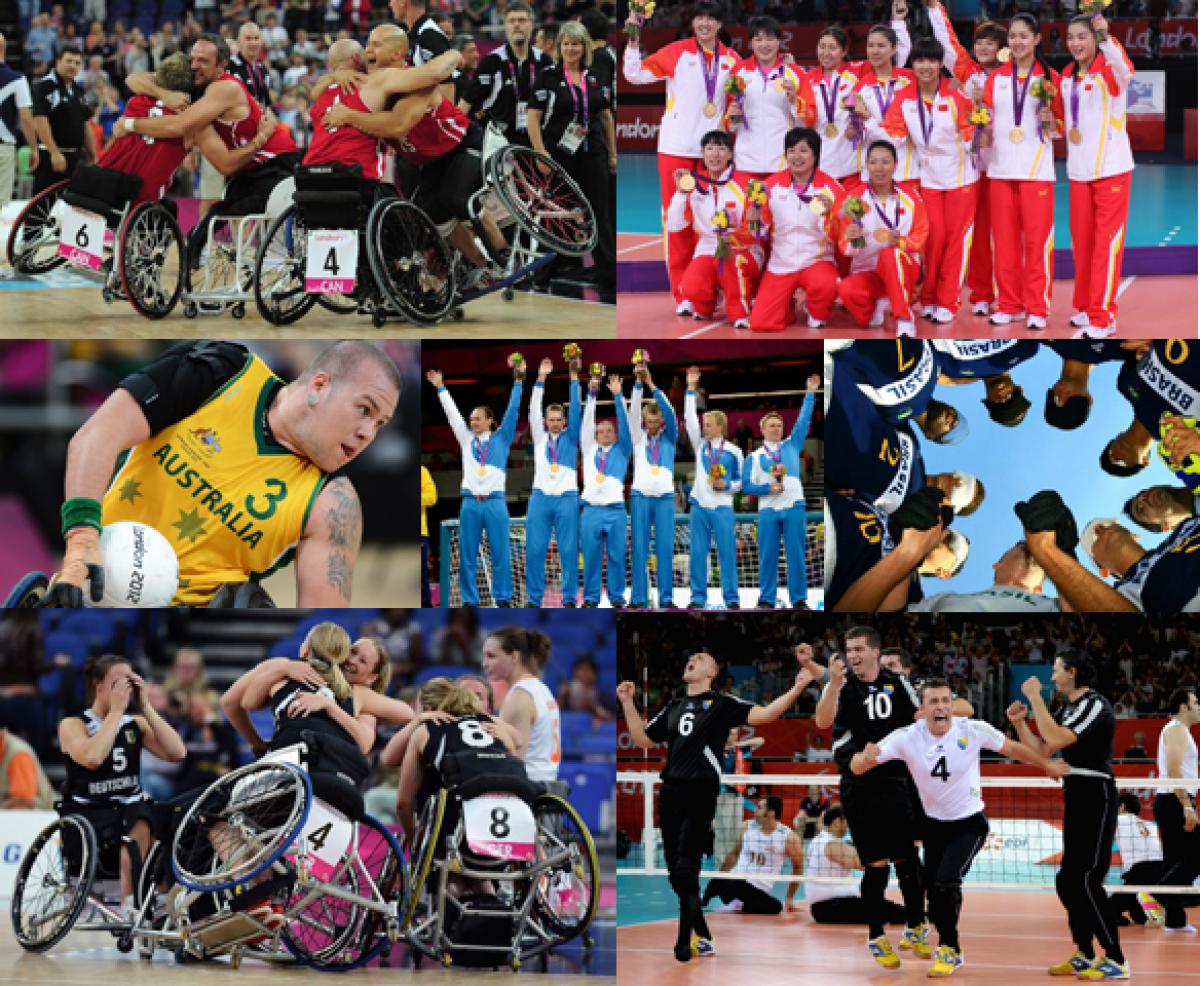 The public can now vote for the winner on www.paralympic.org.

The International Paralympic Committee (IPC) has revealed the shortlist for the Best Team of the Month for August and September combined based on performances at the London 2012 Paralympic Games, and the public can now vote for the winner on www.paralympic.org.

The finalists for the team award include:

Brazil football 5-a-side: The Brazilians remained the kings of football 5-a-side with their third straight Paralympic title after defeating European champions France, 2-0, in the gold-medal game. Brazil was led by Jeferson da Conceiaco Goncalves, or “Jefinho,”who is one of the world’s best on the pitch.

Canada men’s wheelchair basketball: Canada, led by dominant scorer and rebounder Patrick Anderson, picked up their third Paralympic gold in the last four Games in London. With a win against Australia in the finals, Canada exacted revenge from the Beijing 2008 result and solidified what could be a future dynasty in wheelchair basketball.

Finland men’s goalball: Finland shocked the field in the British capital by unexpectedly making the goalball title game and then dominated Brazil, 8-0, in the final to win gold. Petri Posio scored four goals in the final and 16 in total at the Paralympics to help Finland win their first gold in the sport since the Atlanta 1996 Games.

Germany women’s wheelchair basketball: The Germans defeated Australia for gold at the North Greenwich Arena in London, bettering their silver-medal finish from Beijing 2008 with the help of a 19-point performance from Mareike Adermann.

The public now has until 12:00 (CEST) on 23 October to vote for their favourite team performance.