To mark one year to go until the Tokyo 2020 Paralympics, the International Paralympic Committee (IPC) has launched #WaitForTheGreats, a multi-pronged campaign that aims to generate excitement and interest ahead of next year’s rearranged Games.

Running through to 6 September, the date the Closing Ceremony should have taking place this year, the campaign will include a range of engaging content, including a daring TV advert which will be aired across the channels of rights-holders, commercial partners, IPC members and the IPC.

On social media, the video can be viewed and shared via these links:

If you want to cross-post it on Twitter, simply add the following link on your tweet: pic.twitter.com/YTb0w6r5lA

The ad features music from the new Netflix film ‘Rising Phoenix’ about the Paralympic Movement  which was scored by Daniel Pemberton.

The first 17 seconds of the 30-second spot, which was created and developed by advertising agency adam&eveDDB, takes place in darkness. Viewers are in the world of sprinter David Brown at the Rio 2016 Paralympic Games. It is the final of the 100m T11 for athletes with a vision impairment. The Team USA athlete is wearing a Stars and Stripes blindfold.

Accompanying Brown is his guide Jerome Avery, who will sprint down the track with him. Out of the darkness we hear Avery’s voice, giving Brown some last-minute advice and encouragement: “Alright it’s showtime. You’ve worked hard to be here David,” says Avery, then telling Brown where to place his hands behind the start line before the pistol goes off.

Viewers follow the pair down the track. It’s still dark and all you hear is Avery’s calls of “Drive, drive, drive, pick it up!” before he gives Brown a countdown. “Twenty metres, 40. Come on, you’re looking good. Eighty metres, 90,” before a final screamed instruction of “Lean!” as they cross the line first and the commentator announces that their time of 10.99 is a new Paralympic record.

“Greatness will wait,” is the message that starts the second half of the advert, as we see more Paralympic athletes celebrate their previous successes. The advert ends with the message, “The Paralympics will return in 2021, #WaitForTheGreats.”

Other key #WaitForTheGreats activity over the next 13 days includes:

Throughout the period, the IPC has partnered with Twitter for an emoji hashtag under #WaitForTheGreats (and #もっと強くなるために  in Japan).

There will be continued athlete-generated content with the hashtag #WaitForTheGreats:

The #WaitForTheGreats activity will be complemented by the launch on Wednesday 26 August of Rising Phoenix, the Netflix movie about the Paralympic Movement. Rising Phoenix tells the extraordinary story of the Paralympic Games across two Games through the stories of nine athletes.

On Saturday 29 August there will be Global Rising Phoenix Conversation. The aim is for the world to join the Para athletes from the movie to ‘press play’ at the same time on Netflix and enjoy Rising Phoenix. Together across social media everyone will share their reactions to the incredible stories in the film. 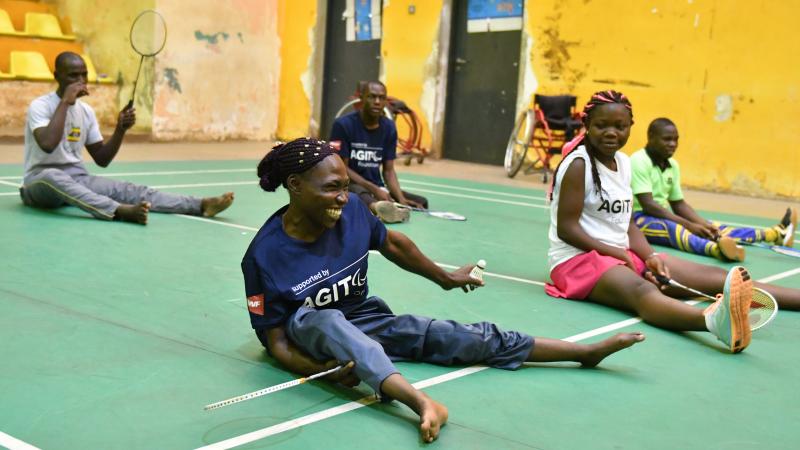