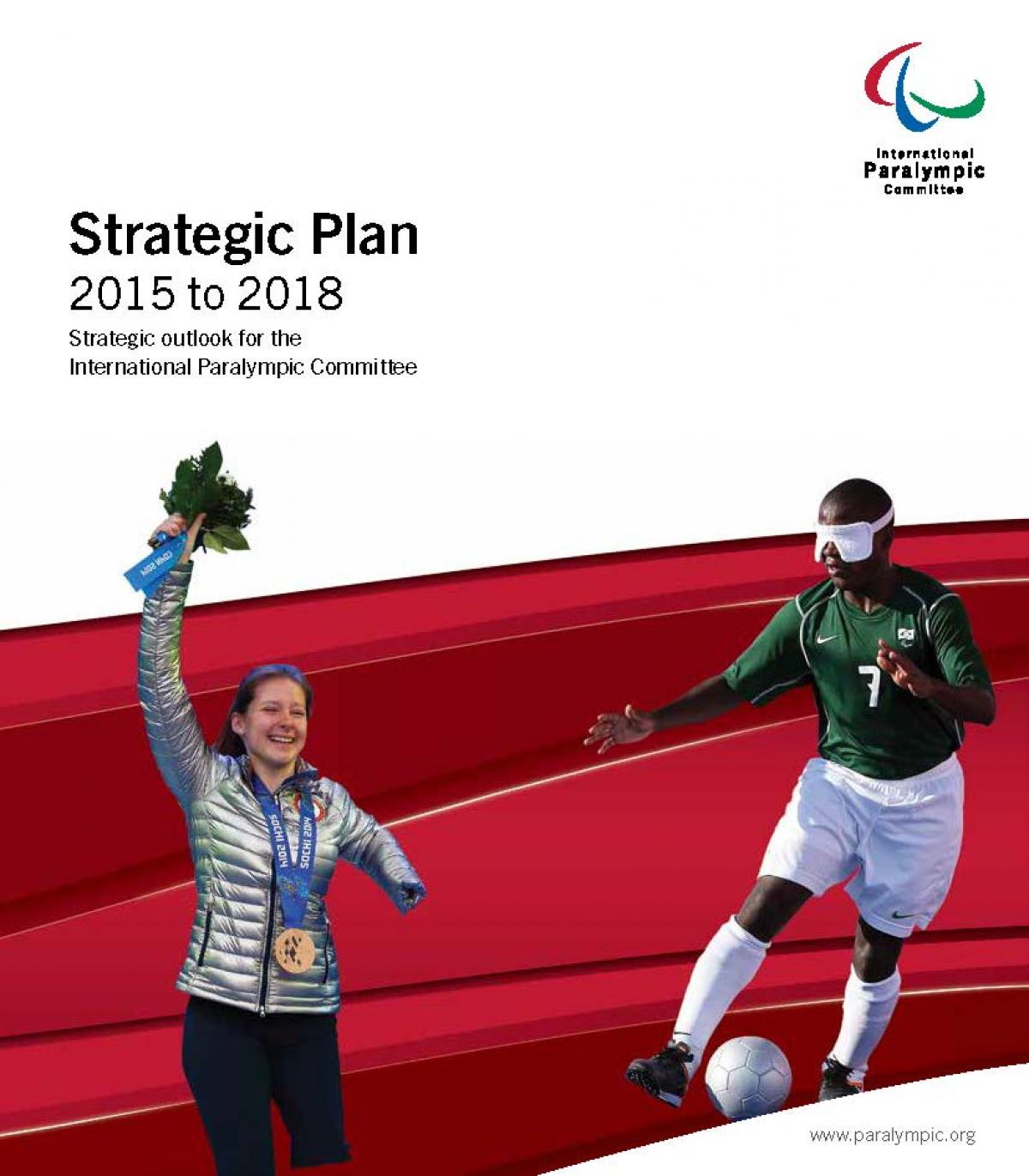 The International Paralympic Committee (IPC) has published its latest four year Strategic Plan 2015-2018 which aims to consolidate the growth of the Paralympic Games, increase global participation in para-sport and improve the recognition and value of the Paralympic brand.

Developed during 2014 and 2015, the IPC consulted many stakeholders including those who attended last October’s IPC Membership Gathering in Berlin, Germany, and took on board findings from its strategic review of the Paralympic Games which was conducted in 2013. The IPC Governing Board and Bonn based management team then developed the plan which is centred around six strategic goals. These are:

•Consolidate the Paralympic Games as a premier sporting event

•Empower para-athletes and support the development of para-sports

•Improve the recognition and value of the Paralympic brand

Sir Philip Craven, IPC President, said: “In 2014, the IPC celebrated its 25th anniversary, an event that highlighted just how far the Paralympic Movement has come in a relatively short space of time.

“Despite this success, we cannot be complacent. Our successes from the last quarter of a century, and in particular the results from the last four year strategic planning cycle, must now act as the foundations for future growth.

“Through the Strategic Plan 2015-2018, the IPC aims to become an even more athlete-centred organisation. The sporting world is evolving and we need to be leading the way, working together with athletes to overcome the challenges we face and take advantage of the many opportunities that are out there.

“Crucial to our growth is the continued success of the Paralympic Games and our relationship with the International Olympic Committee, but we must develop in other areas too.

“We need to capitalise on the growing awareness of the Paralympic brand and para-sport. The Agitos Foundation will lead on increasing global participation in para-sport at all levels, the IPC will explore new commercial opportunities, and the IPC Academy will continue to improve educational standards throughout the Paralympic Movement.

“We are in our best position to-date to become financially sustainable over the next four years and, as the IPC grows in size, we must also improve our governance in many areas, in particular athlete classification which has a direct impact on all para-athletes.

“I have the upmost confidence in the IPC management team in delivering this new Strategic Plan and hope the document acts as a source of inspiration for the wider Paralympic Movement.”

The IPC’s vision has also been updated. “To enable para-athletes to achieve sporting excellence and inspire and excite the world,” highlights that the vision applies to para-athletes at all levels from the grassroots to the high performance level and not solely to Paralympians who compete at the Paralympic Games.

“This is a position we want to maintain, however by developing a 365-day sporting calendar, we want para-sport at all levels, and not just at the Games, to act as a catalyst for making for a more inclusive society. Therefore we developed a new aspiration and adapted our vision accordingly to reflect this change in approach.”

The last IPC Strategic Plan was published in March 2011 and delivered some impressive results including:

•Outstanding Paralympic Games in London and Sochi, showcasing superb athlete performances and promoting the Paralympic brand and its visibility with record audiences and ticket sales

•Extension of the Games agreement and signing a new partnership agreement with the IOC identifying additional areas of co-operation; coupled with a most positive dialogue with IOC President Bach during his first year in office

•The launch of the Agitos Foundation in August 2012 and its activities including the successful Grant Support Programme which has distributed nearly EUR 1.3 million over the last two years

•Explosion in the engagement of sport fans through digital channels with the IPC website traffic increasing from 0.6 million visitors in 2011 to 2.8 million in 2014 and similar trends in social media reach

•Organisational growth from 46 staff in 2011 to 74 people by the end of 2014. This is made up of 54 people working for core IPC departments, 16 for IPC sports and four for the Agitos Foundation. Such growth has resulted in expansion to a second office, accompanied by the implementation of new management tools in terms of planning and risk mitigation

•Development of long-term Strategic Plans for all IPC Sports

•Positive trends in participation and attendance in numerous World and regional Championships during the quadrennium.