Iran finish on top as curtains comedown on Bahrain 2021 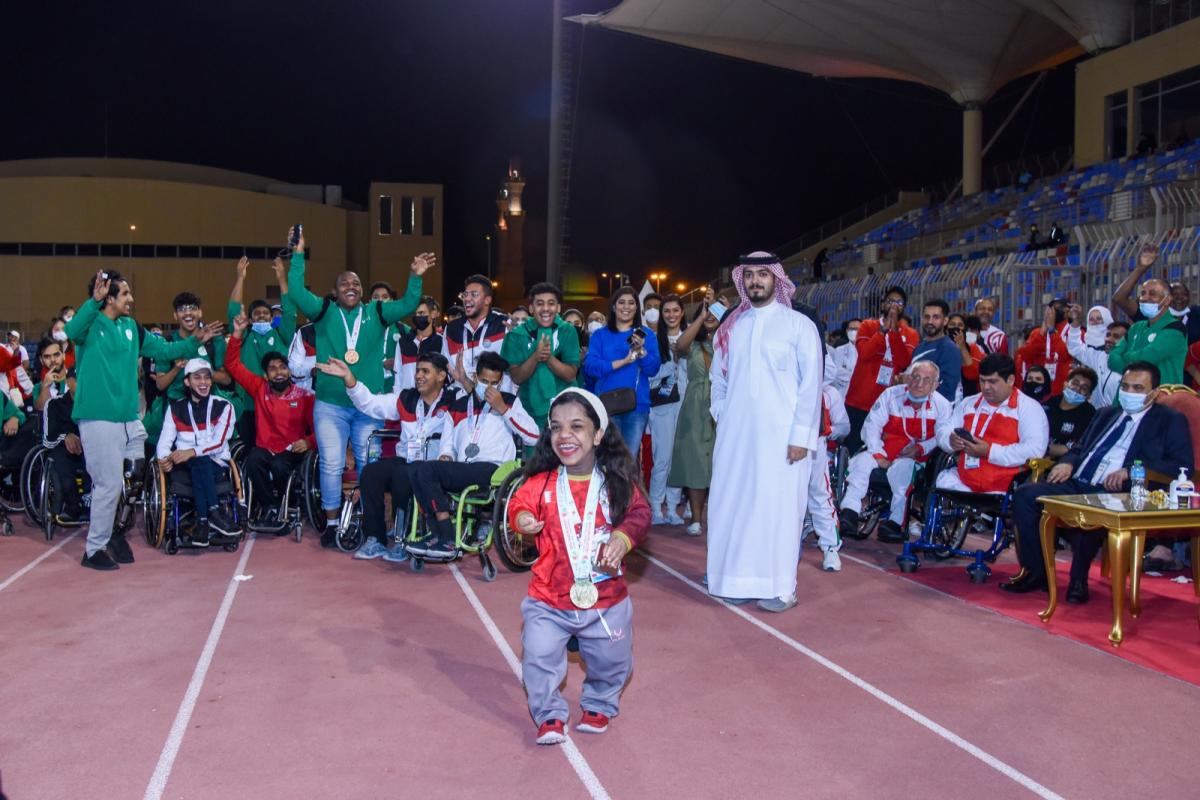 Athletes celebrate during the closing ceremony of the Asian Youth Games.
ⒸBahrain NPC
By IPC and Asian Paralympic Committee

High octave encounters to flurry of emotions and historic first ever medals, the 4th Asian Youth Para Games in Manama, Bahrain lived up to its expectations. Most participating nations ended up winning at least a medal to make the event a resounding success.

When the Bahrain 2021 Games came to a close, 25 countries out of the 30 participating nations had won medals (550 medals in total) with I.R. Iran as expected leading from the front on top of the medals table with 122 medals including 44 gold.

Thailand and Japan, the Dubai 2017 table topper, finished behind Iran with 33 and 30 gold, respectively.

Hosts Bahrain ended with three gold – two in Para Athletics and one in Para Taekwondo, besides five silver and two bronze.

The biggest surprise were Bhutan, Nepal, Cambodia, Yemen and Tajikistan as these nations won their first ever medals. Maldives and Bangladesh (as independent nation) also scripted a piece of history by competing in their first ever Asian Youth Para Games.

“We’ve seen some amazing performances that give us hope that the future of Para sport in Asia is bright,” said Majid Rashed, President of Asian Paralympic Committee.

One of the highlights of the Youth Games was Para Taekwondo making its debut at Bahrain 2021. More importantly, all the eight participating nations in the competition ended up winning a medal.

For Goverdhan, who had narrowly missed out on a medal at the Tokyo 2020 Paralympics, the success was a huge shot in her arm. A jubilant Goverdhan said: “It is definitely a proud moment for me and my country. The experience of Paralympics certainly helped me to succeed here. I am now motivated to work harder for Paris 2024. Overall, it was I.R. Iran who won seven medals, including three gold, of the 22 medals on offer."

On the final day of competition, it was I.R Iran’s Men’s Wheelchair Basketball team who emerged the winners with a thumping 117- 18 win over Iraq, while Thailand claimed bronze defeating Saudi Arabia 84-18.

I.R Iran’s men were also victorious in Goalball after defeating Thailand in a tight match 4-3 while South Korea claimed the bronze medal after a convincing win over Iraq 10-0.

"We are pleased that our athletes turned will and effort into success. The athletes with their will proved that they are able to make the impossible possible, shine and embrace peaks of success that lead to topping the medal tally among 30 NPCs.

"I hope that taking part in 2021 AYPG could pave the way for our young athlete’s further success in their future sports career," said Mohammad Tabe,  Chef de Mission NPC I.R.Iran.

In the women’s events, Thailand avenged the men’s side defeat with a narrow 7-6 win over I.R. Iran 7-6 in the gold medal match.

However, it was India who dominated the sport finishing with 15 medals including four gold medals which lifted the nation to fifth place. Sanjana Kumari (WS SL3) was their star performer with two gold medals.

Meanwhile, Bhutan made history when Sapuna Subba (WS SH6) took two bronze medals in his country’s debut at the Games.

Thailand yet again stamped their dominance in Boccia events, winning eight golds from their total 12 gold. They were also brilliant on the track, with their Tokyo 2020 Paralympic gold medallist Athiwat Paeng-nuea winning triple gold in T54 wheelchair racing events.

Uzbekistan's capital Tashkent, will play host to the next Asian Youth Para Games in 2025. 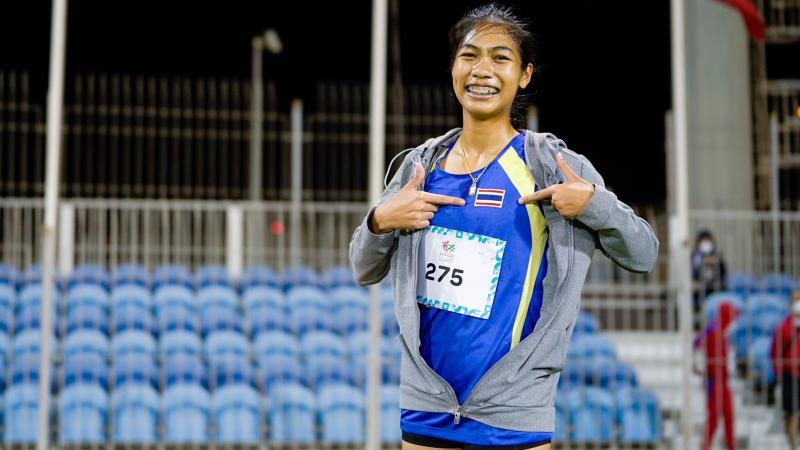 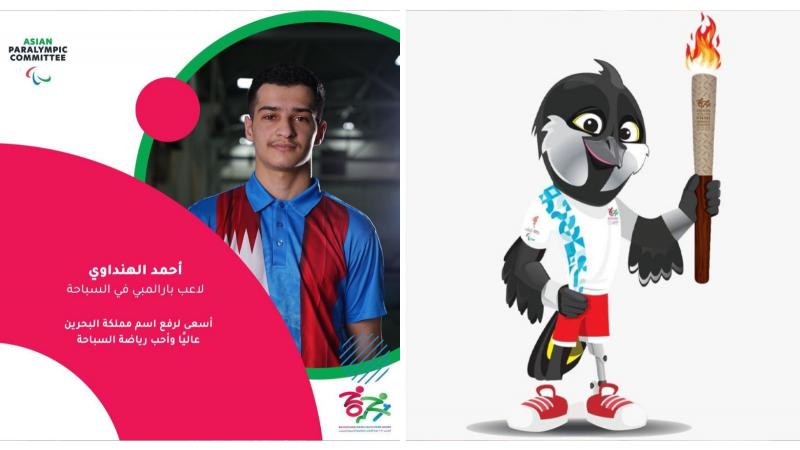