The Asian Youth Para Games came to a close, with Japan, Iran and China finishing in the top three in the medal standings. 31 Oct 2013
Imagen 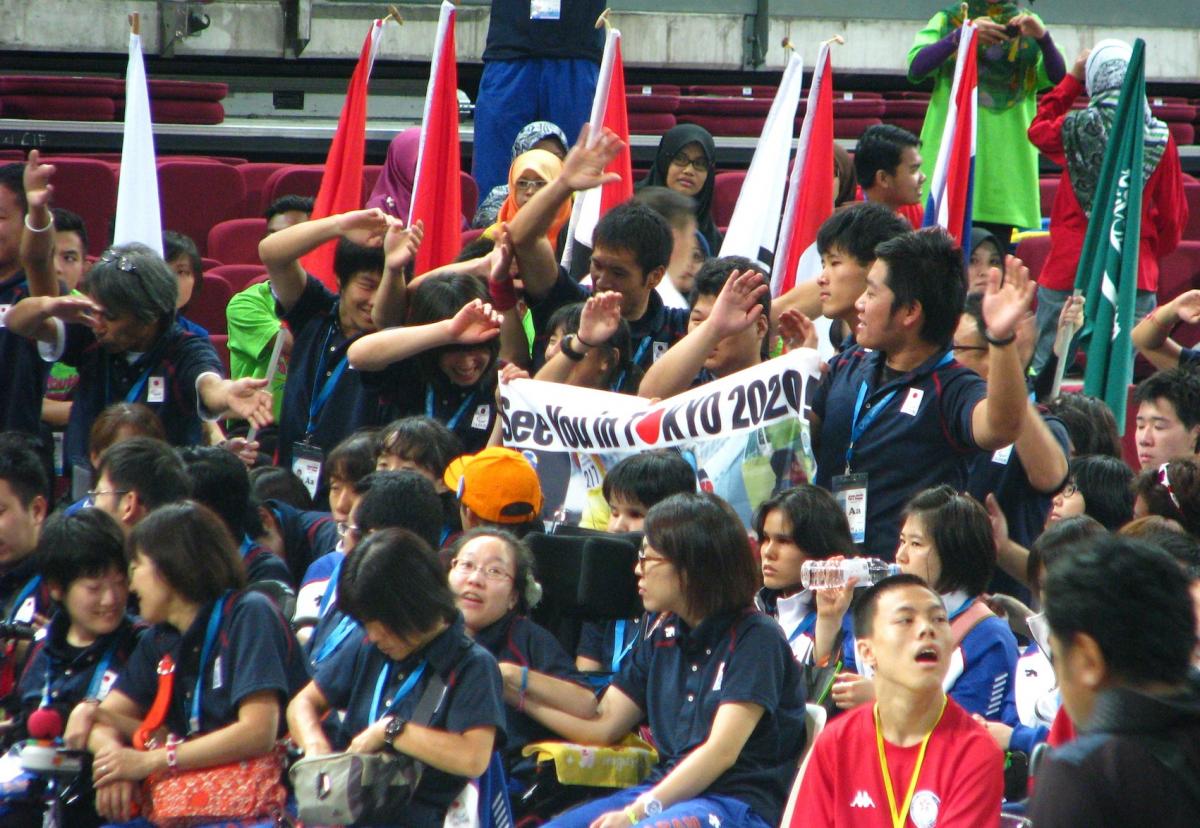 Japan celebrate their first-place finish at the Closing Ceremony of the Asian Para Youth Games in Kuala Lumpur, Malaysia.

“There were moments of joy and laughter, agony and despair, as athletes from all the five sub-regions in Asia, converged here to compete in Kuala Lumpur since last week. These are our future stars, future heroes and future hopes.”

Extraordinary performances in athletics and swimming paved the way for Japan to finish with a grand total of 39 gold medals in the third Asian Youth Para-Games, which concluded on Wednesday (30 October) in Kuala Lumpur, Malayisa.

In the five days of intense competition, Japan claimed a whopping 20 gold in athletics and 16 in swimming, and they picked up three more in boccia.

The Japanese were the runaway leaders in the tally which saw Iran finishing second with 27 gold medals. China were third with 25 gold medals while Malaysia had to settle for fourth with 19.

While the Japanese were dominant in athletics and swimming, Iran also enjoyed a strong outing in track and field where they collected 16 gold medals.

The Iranian athletes swept up half of the six gold medals at stake in the sport of powerlifting and also won two golds each in swimming, table tennis and wheelchair basketball. They also won golds in goalball and sitting volleyball.

China, with 12 gold medals from athletics, also won six gold medals in table tennis and another five in swimming.

Host Malaysia, meanwhile, won the bulk of their gold medals from athletics where they struck gold 14 times. Badminton and chess provided two golds each while the other was from table tennis doubles.

The Games came to end on Wednesday and were closed in an official ceremony held at the Putra Stadium.

“This has been a great journey, great moment to all of us,” he said.

“There were moments of joy and laughter, agony and despair, as athletes from all the five sub-regions in Asia, converged here to compete in Kuala Lumpur since last week. These are our future stars, future heroes and future hopes.”

A total of 1,274 athletes and officials from 28 nations participated in the five-day Games hosted and organised by Paralympic Council of Malaysia (PCM) and Asian Paralympic Committee (APC).