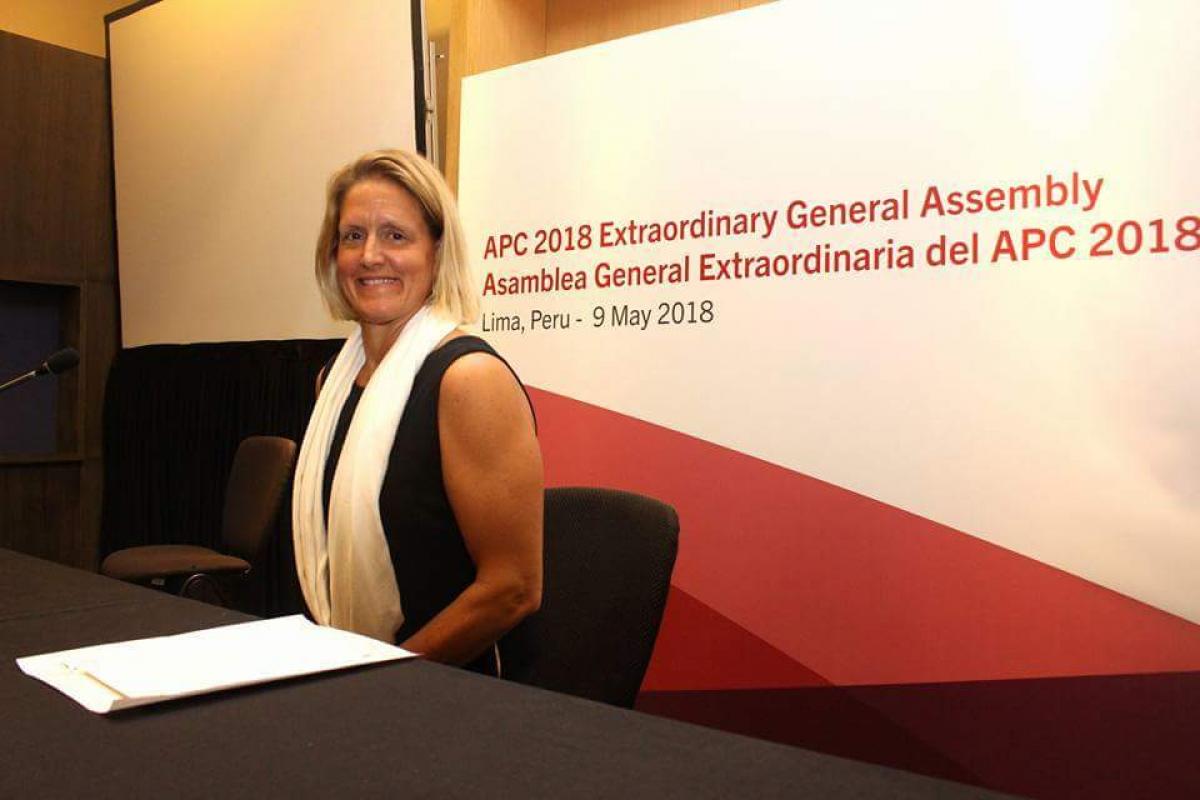 Julie O´Neill Dussliere was appointed as the Americas Paralympic Committee’s (APC) new President on Wednesday (9 May) at the APC Extraordinary General Assembly in Lima, Peru.

Julio Cesar Avila Sarria was the sole candidate standing for election as President at the APC’s Extraordinary General Assembly. But the Colombian failed to secure the majority of the votes needed, with eight votes against him compared to six in his favour.

This meant the new APC President had to be selected from within the Executive Committee (EC), with USA´s O´Neill Dussliere being appointed. She will serve until the next APC General Assembly set to take place in Lima, in 2019.

“I am ecstatic and looking forward to working with both the Membership and the APC Executive Committee to ensure the region continues to follow a path of sustained growth,” she said.

“Next year we have a massive opportunity for further growing the profile of Para sports and building a more inclusive region with the biggest Parapan American Games to date taking place in Lima. I am sure we will grab this chance with both hands and achieve our goal of opening up Para sports to a larger community and leaving a lasting legacy.”

Furthermore, the APC EC has appointed Dionicio Zeledon from Nicaragua as the new Member at Large, who needs to be ratified at the next APC General Assembly. The APC EC is now composed as follows:

Montenegro had been appointed APC Interim President after the passing of Jose Luis Campo on 16 October 2017. The Argentinian was elected APC founding President in 1997 and served two terms until 2005, when he was replaced by Brazil’s Andrew Parsons.

Colombia’s Octavio Londono was President from 2009-2013. Campo was elected again in 2013 and served as President until 2017, when he was re-elected.

O´Neill added: “I want to pay tribute to the magnificent man that Jose Luis Campo was. We would not be at this stage of development without his hard work from the last two decades. He is a big figure in the region and we will make sure to build on his legacy to fulfill our common vision of making a stronger region.”