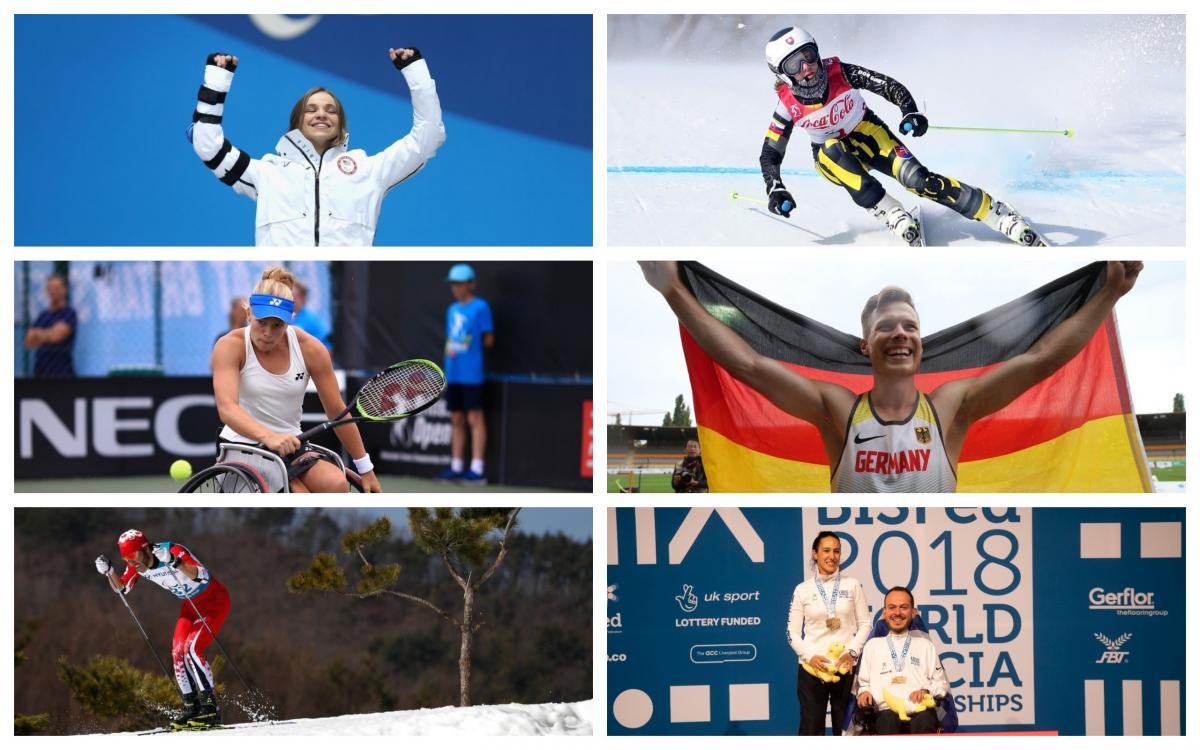 (Clockwise from top left) Masters, Farkasova, Rehm, Polychronidis, McKeever and de Groot are the 2019 nominees for the Laureus Award

Seven of the world's best Para athletes have been nominated for the 2019 Laureus World Sports Awards – six for the Sportsperson of the Year with a Disability and one for Comeback of the Year categories – following a survey of the world’s sports media.

The winners set to be revealed at the Laureus Awards Ceremony in Monaco on 18 February.

The nominees for Sportsperson of the Year with a Disability category are:

The vision impaired athlete was the most decorated at the PyeongChang 2018 Paralympic Winter Games with four gold medals in the downhill, giant slalom, super combined and super-G, plus silver in slalom. With guide Natalia Subrtova, she also won the season-long Overall World Cup.

Enjoyed her best season, winning three of four Grand Slam singles titles, including her second Wimbledon crown. She was also a finalist at Roland Garros and has been world No. 1 since March 2018, except for six weeks.

Competing in his fifth Winter Paralympics at 38, he became the most successful cross-country skier of all time after winning gold in three individual vision impaired races and a bronze in the relay. Has now won 17 medals, including 13 golds.

Despite dislocating her elbow three weeks before PyeongChang 2018, she won two gold medals and a bronze in cross-country and two silvers in biathlon. Born with deformities from Chernobyl, she is the most decorated female athlete in US Nordic Paralympic history.

Won his first individual world title in 17 years and also took the pairs BC3 gold at the World Championships in 2018, following other big wins at the Povoa World Open and Madrid Regional Open. He ended the year undefeated in individual events with 20 victories.

Dutch snowboarder Bibian Mentel-Spee is one of six athletes up for the Comeback of the Year honour. A cancer sufferer, she had to have the C6 vertebra in her neck replaced with titanium before the Winter Paralympics. She was not able to compete before going to PyeongChang, but only six weeks after leaving hospital she won double gold.

More information on the 2019 Laureus World Sports Awards, including the full list of Nominees can be found at the Laureus website.