A capacity crowd of 80,000 were captivated by stunning show at the Olympic Stadium. 29 Aug 2012
Imagen 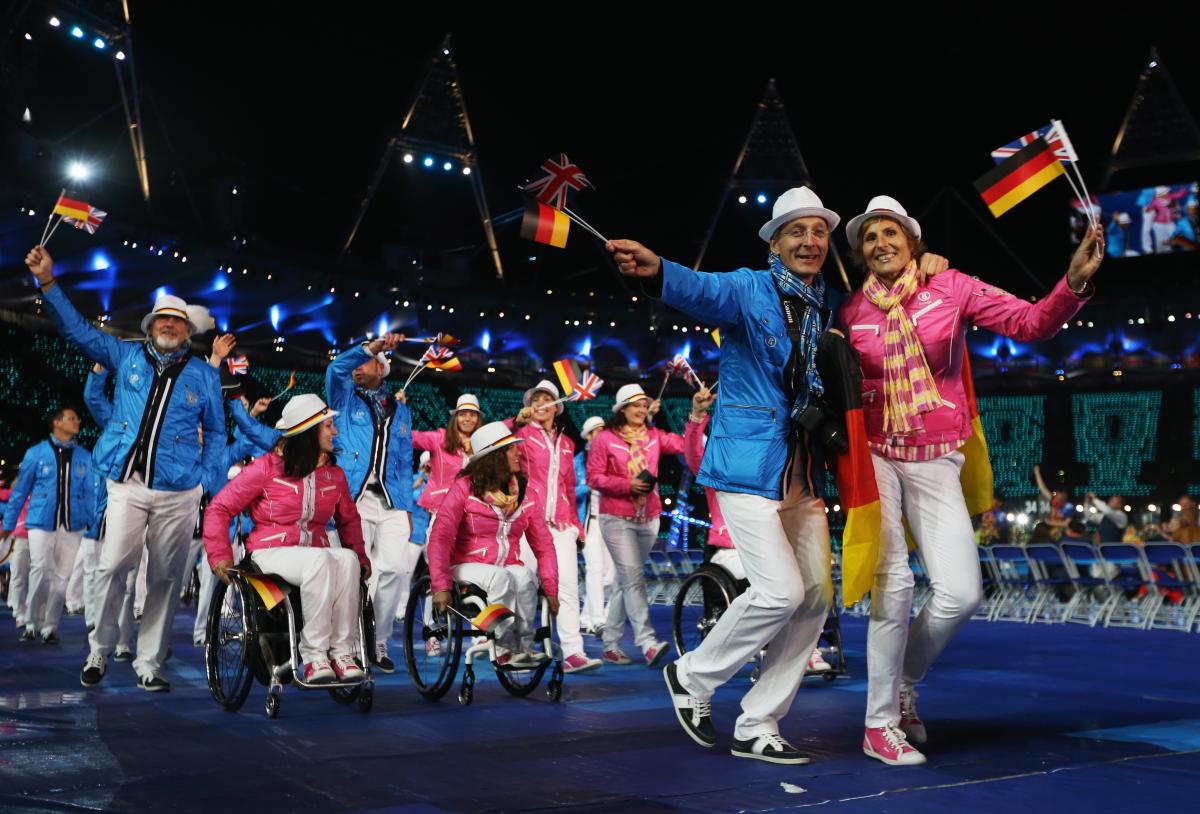 The procession was a carnival of colour that transformed a dark London night into a vibrant focus of the world’s attention.

Few who witnessed the most visually stunning Opening Ceremony in the history of the Games were left in any doubt about the power of belief, hope and determination.

More than 4,200 athletes from 164 nations will carry that message through their sporting achievements during the 2012 Games and beyond.

From the moment Professor Stephen Hawking made a rare public appearance to start proceedings, urging the world to “look up at the stars, not down at your feet”, it was clear this was a show about the extraordinary.

This Opening Ceremony was a celebration of all that makes us unique, and all that drives us forward.

Athletes from around the world laughed, smiled and danced in the centre of the arena while Her Majesty Queen Elizabeth II looked on.

The procession was a carnival of colour that transformed a dark London night into a vibrant focus of the world’s attention.

From Brazil’s green trousers, through to Mexico’s multi-coloured ponchos and the bright pink of Namibia, all eyes were on those who will thrill billions with their endeavors.

There was little surprise that the biggest cheer came when hosts Great Britain entered the stadium to a ticker-tape reception, but every competitor looks set to get the support of fans around the world.

David Bowie’s ‘Heroes’ burst out across the stadium speakers in a fitting tribute, taking the atmosphere to fever pitch before Queen Elizabeth II officially opened the games.

Her Majesty has seen the entire Paralympic Movement, dating back to Sir Ludwig Guttmann’s humble beginnings at Stoke Mandeville hospital through to this year’s biggest ever Paralympic Games.

The world has changed, but changed for the better. Barriers are being broken down and where once there were limitations, now there are dreams being turned into reality.

Earlier, LOCOG Chairman Sebastian Coe said: “Sport shows what is possible and refuses to take ‘no’ for an answer. Everything sport stands for, we’ll see right now.”

He added: “Prepare to be inspired, prepare to be dazzled, and prepared to be moved by the Paralympic Games of London 2012.”

The world is watching. Let the Games begin.