Germany, Slovakia and Sweden all still in contention for PyeongChang 2018 13 Oct 2017
Imagen 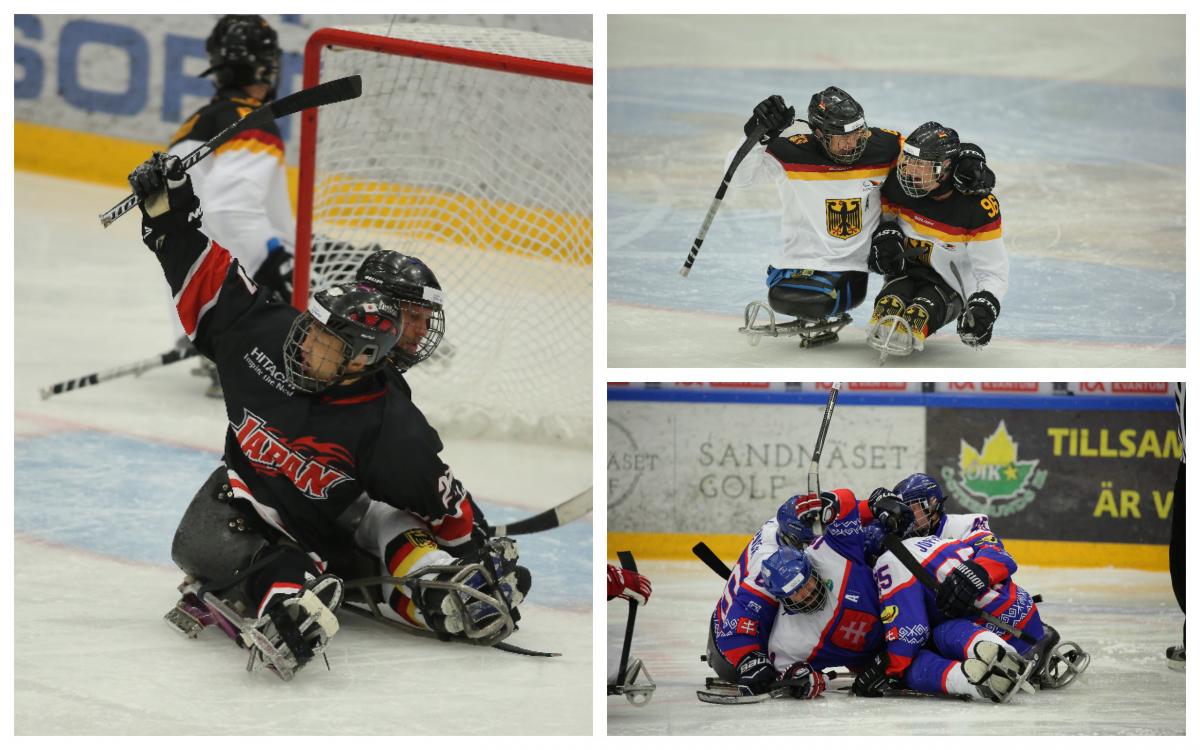 There are only two days left in the Paralympic Winter Games Qualification Tournament, which runs until Saturday (14 October) in Ostersund, Sweden.

Only three of the five Para ice hockey teams will qualify for PyeongChang 2018. Czech Republic and Japan have already guaranteed a top three finish with maximum points from their opening two games.

It means Germany, Slovakia and Sweden are left to fight out for the final qualification spot. So what do the three teams need to do to reach next year’s Paralympics?

The round-robin tournament is based on a system of three points for a win, two for an overtime win, one for an overtime loss and none for a loss. If two teams are level on points at the end of the tournament their head to head record will decide who finishes higher.

Slovakia have only one game left, and they have the tough task of facing an unbeaten Japanese squad on Friday (13 October). Slovakia must win in regular time and hope other results go their way

Sweden needs to lose against the Czech Republic in Friday’s game, but then beat Germany on Saturday. Slovakia then would finish in third place with five points.

The host nation find their Paralympic hopes in jeopardy after Wednesday’s shock loss to Slovakia. Thanks to Niklas Ingvarsson’s last-minute goal that forced overtime and earned them a point, the Swedes are still in the race. Winning both their games would see them qualify. But if they lose to Czech Republic they can still finish in the top three if Slovakia to lose to Japan on Friday. Sweden would then need to beat Germany in a winner-takes-all match on Saturday.

Andreas Pokorny’s men have one game left on Saturday against Sweden. A win in overtime is enough to secure them the third qualifying spot. This is due to them having beaten Slovakia when the two teams met earlier this week.