The Austrian Paralympic champion was among the returning riders from Rio 2016 to take top prizes in Doha. 07 Mar 2017
Imagen 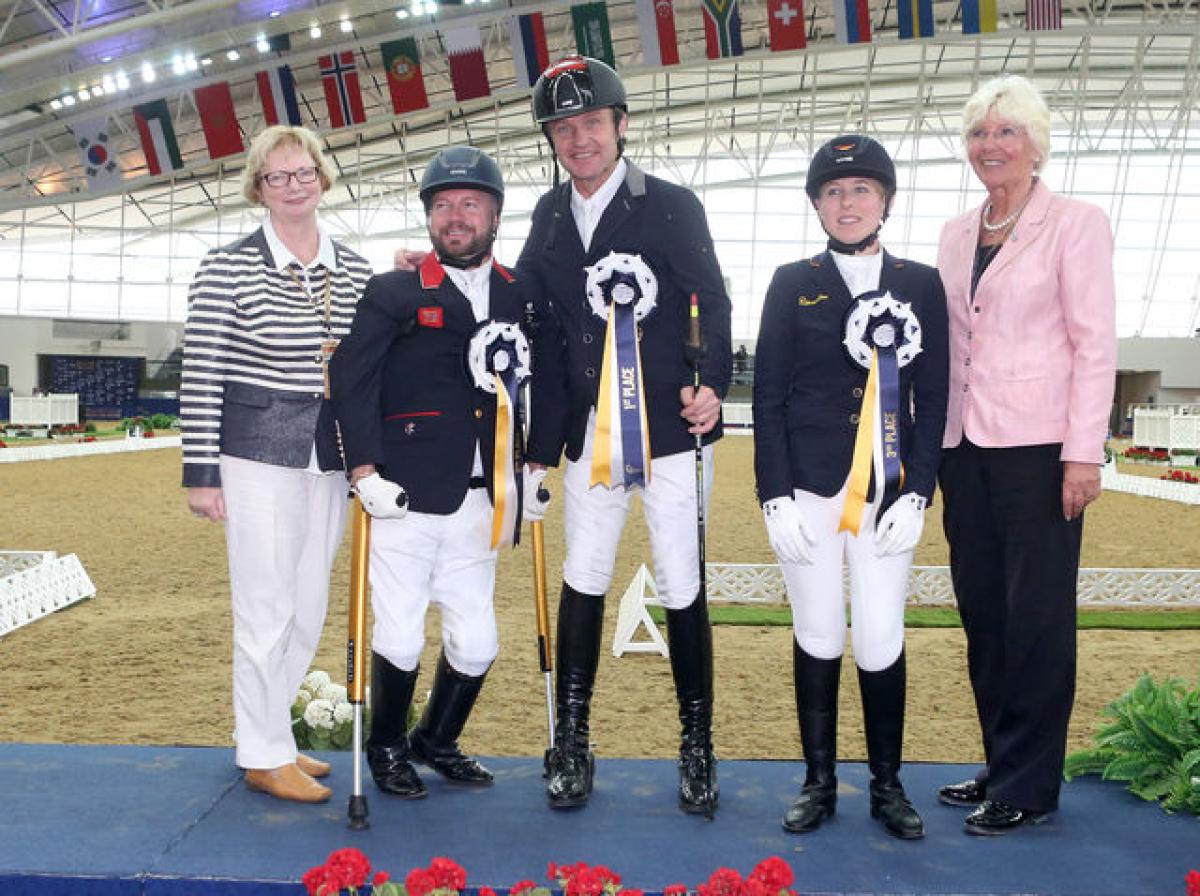 ⒸFrank Sorge
By Rob Howell | For the IPC

“We enjoy these surroundings and top quality facilities.”

Leading the way was Austria’s Pepo Puch on Fontainenoir. In Rio they won gold and silver in the individual and freestyle tests, respectively, in the then- grade 1b (now grade II) competition. They opened 2017 strong with victories in the individual, freestyle and team tests.

The Netherlands’ Sanne Voets, the Rio 2016 freestyle grade III champion, also won all three of her test in the now-grade IV classes on Dementur. Her teammate and double Rio 2016 bronze medallist Frank Hosmar did the same in the new grade V (then-grade IV) competition, on Alphaville. Norway’s Jens Lasse Dokkan, a sixth-placed rider at Rio 2016, also produced a hat-trick, taking the top score in all three tests in the new grade I contest (formerly grade Ia), riding Cypres.

There were strong performances too from Great Britain’s Sir Lee Pearson on his up-and-coming ride Styletta. The pair were close behind Puch, especially in the freestyle, to take second place in all three tests.

Talking about the small mistakes which cost him points, particularly in the individual and team tests, Pearson said: “It was dreadful from a rider’s perspective, I forgot the test. It’s a new test and I haven’t ridden those tests even though I ‘ride’ them every night when I’m in bed, cleaning my teeth, when I am in the car travelling here but I still managed to forget.

“It’s slightly nerves and riding a young horse in such a big environment my mind is everywhere. She’s eight years old and she’s very hot and opinionated so I’m pleased with her.”

Puch summed up the competition: “We enjoy these surroundings and top quality facilities. It is like a Championship and we are so happy to be here. Around good riders, your riding also gets better.”