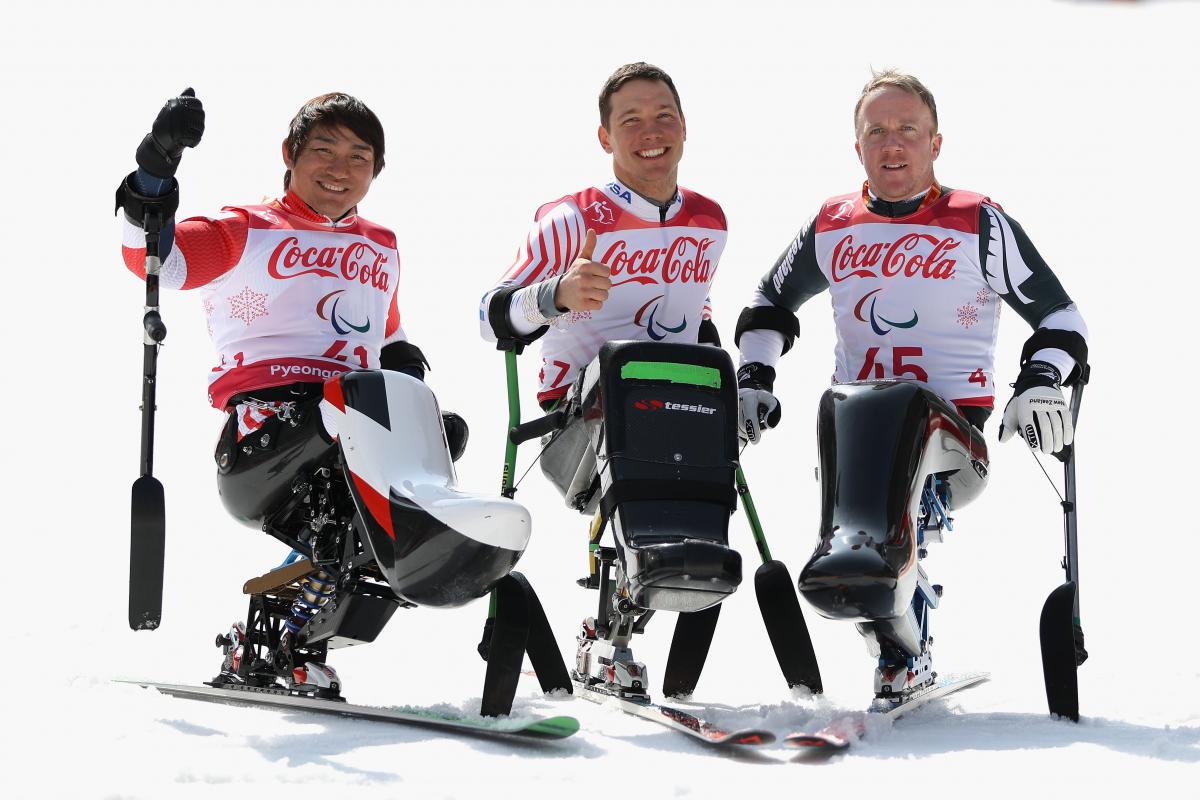 Alpine skiing action at the PyeongChang 2018 Paralympic Winter Games continues on Sunday (11 March) with super-G medals on the line at the Jeongseon Alpine Centre.

It will be the last of the speed events PyeongChang, with athletes working off footage from Saturday’s downhill performances.

At least, for Germany’s Anna Schaffelhuber.

The recently crowned downhill women’s sitting Paralympic champion knows her run from Saturday was not perfect. Had her strongest rival and defending super-G world champion Claudia Loesch – who had a significant lead after the first intermediate – completed her run, the gold might have gone another way.

"It was a good run but we have to analyse it for super-G to make it better,” said Schaffelhuber, who won the event at Sochi 2014. “I have to just look at it day by day. There will be a lot of favourites in the next races, of course there will be Anna-Lena (Forster) in the slalom and Claudia of course - she is hungry for gold. It won't be easy."

In contrast, the USA’s Andrew Kurka saw a perfect performance in the downhill that set himself up well for another golden run in the men’s sitting.

He said his 1.64-second finish ahead of Japan’s runner-up Taiki Morii was a “huge margin in our sport, usually it's tenths or hundredths (of a second),” which should give him confidence for Sunday.

While Kurka described his downhill win as “redemption” from Sochi, Austria’s Markus Salcher could also seek just that in the men’s standing. Salcher – gold medallist from Sochi 2014 and 2017 World Championships – could not defend his downhill title the previous day, handing it over to Switzerland’s Theo Gmur. However, Salcher could make up for that third-place finish. But aside from Gmur, the Austrian will have to also be quicker than French teenager and defending Worlds silver medallist Arthur Bauchet.

For the women’s side, France’s Marie Bochet skied confidently to win the downhill gold. And that should have boosted her confidence more entering day two of competition as the world champion targets a consecutive Paralympic super-G victory.

Slovakia’s Henrieta Farkasova and guide Natalia Subrtova will try to make it two-for-two after their slim downhill win. Great Britain’s Millie Knight and her guide Brett Wild were just off the top of the podium on Saturday, and will challenge the Slovakian world champion. For 19-year-old Knight, the downhill silver is actually a relief for the rest of her time in PyeongChang.

“It takes the pressure off as well because we wanted to get a medal at this Games and we have now, so all we need to do for the next four races is do what we did to today and keep calm,” she said.

The men’s vision impaired category has been a swap between Canada’s Mac Marcoux and Slovakia’s Jakub Krako.

Although Sochi 2014 champion Krako and his guide Branislav Brozman took downhill silver next to defending world champion Marcoux and guide Jack Leitch, Sunday might be the better day.

“I’m not a gold downhill racer, I’m preparing for the super-G, another discipline, so I am pretty happy that I won silver,” Karko said. “I feel like I win a gold medal in another discipline. It’s a really important time for me.”

Competition begins 9:30am KST with the women’s vision impaired.