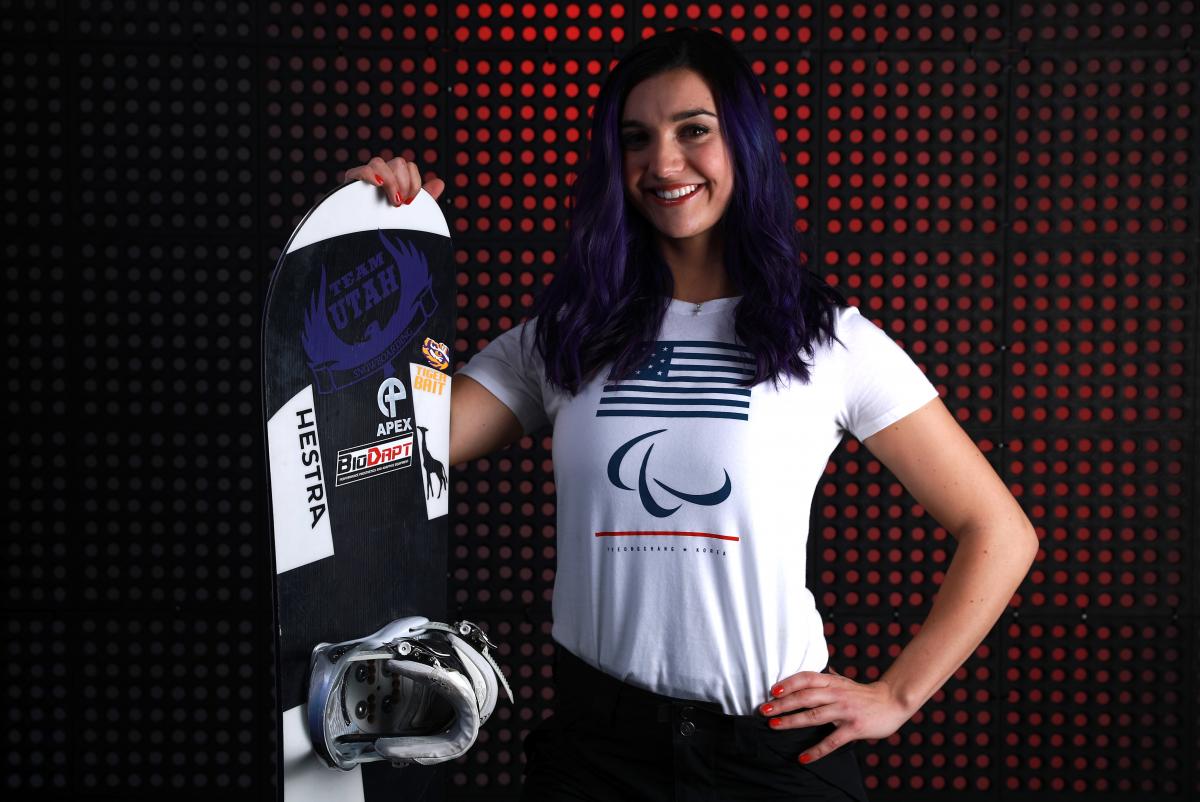 “I think all this brings some light into snowboarding because it makes people look into my profile, see what I do and hopefully will want to see more of snowboarding and more of the Games.”

It has been an eventful few months for Brenna Huckaby.

The US snowboarder claimed two golds at the World Cup Finals in Big White, Canada, sweeping the season titles in the women´s SB-LL1 class and winning her first crystal globes in banked slalom, snowboard-cross and overall.

In February, Huckaby also made history as she became the first amputee to ever be featured in the popular US magazine Sports Illustrated Swimsuit Issue.

Apart from that, she was chosen as Americas ´Athlete of the Month´ after receiving 61 per cent of the public vote, finish ahead of other heavyweights such as US snowboarder Mike Schultz, Argentinian wheelchair tennis player Gustavo Fernandez and Canada's alpine skier Mac Marcoux.

Now, Huckaby is getting ready to compete at her first Paralympic Winter Games in PyeongChang, South Korea.

“I am feeling pretty excited, I have been training hard over the last month for it and I am excited to see where I am going to end up,” the 22-year-old said. “I dream with gold every night.”

Huckaby ended the World Cup season first with 5,300 points ahead of her compatriot Amy Purdy (3,750) and France´s Sochi 2014 silver medallist Cecile Hernandez (3,600). “I would definitely say Hernandez is my biggest rival for PyeongChang 2018,” said Huckaby.

“I did not really have expectations for this season as far as podium´s concerned, but I trusted the trainings, my coaches and it is always good to see that training and progress paid off on the podium.”

Her fiancée Tristan Clegg and daughter Lilah will travel to South Korea to watch her compete. “I am super excited of them watching me compete. Hopefully I can celebrate some medals with them,” she said.

Huckaby was also surprised but glad to see the support she received from people not just of the USA but from across the continent to win the Americas ´Athlete of the Month´ poll.

“I do not win things very often outside of snowboard; it was really cool to see people wanting to see me succeed.”

Her recent successes, her appearance on Sports Illustrated´s cover and her participation at the upcoming Winter Paralympics have put her on the spotlight. But, far from feeling pressure, Huckaby is happy to promote the sport she loves.

“I think all this brings some light into snowboarding because it makes people look into my profile, see what I do and hopefully will want to see more of snowboarding and more of the Games.”