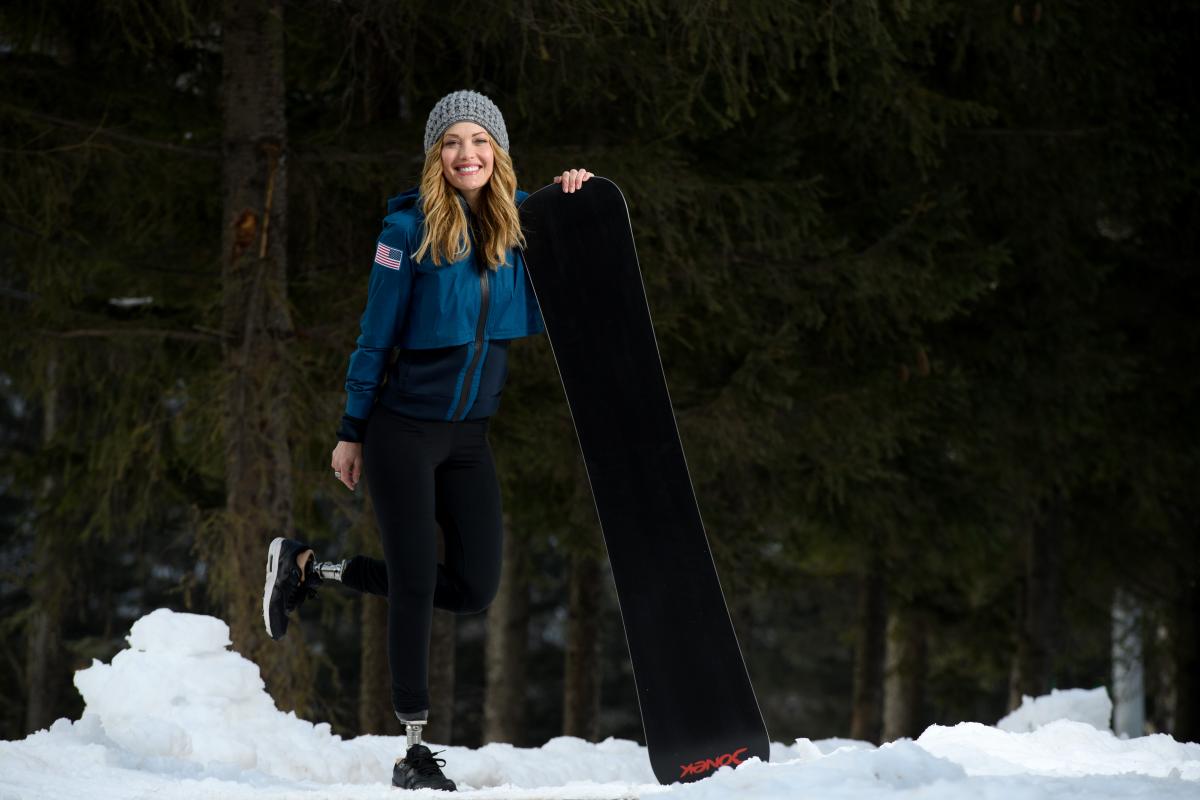 The first snowboard champions at the PyeongChang 2018 Paralympic Winter Games will be decided as competition opens on Monday (12 March) in the Jeongseon Alpine Centre.

Riders will race head-to-head for medals in snowboard-cross, with the men’s races being held across all three categories and women’s in SB-LL1 and SB-LL2.

The USA’s Brenna Huckaby and Mike Schultz enter as strong gold-medal contenders in the women and men’s races, respectively.

First-time Paralympian Huckaby can complement her two cross world titles and 2017-18 World Cup crystal globe with PyeongChang hardware. Huckaby’s compatriot Amy Purdy and Frances Cecile Hernandez both return as medallists from the 2014 Paralympics, where the sport debuted, and will battle for spots on the podium.

Schultz is entering the Games with momentum from a dominating World Cup tour that saw him win the overall title. Although missing the podium at the 2017 World Para Snowboard Championships, Schultz has recently proven he can contend with four-time Dutch world champion Chris Vos, who competed in Sochi at 16 years old.

The Netherlands’ flag bearer Bibian Mentel-Spee returns to her first competition since taking much of the season off for cancer treatment. The Paralympic and four-time world champion might not be in top form to reach the podium. Australian overall World Cup title winner Joany Badenhorst announced on Sunday she has pulled out of races in PyeongChang after an injury in training. That leaves Dutch rider Lisa Bunschoten as the one to beat. The snowboard-cross Worlds runner-up and World Cup title winner could face off with compatriot Rensek van Beek, who finished third in the World Cup cross rankings.

The men’s big final could see any of the top four battling for podium positions. Returning 2014 Paralympic medallists Evan Strong and Mike Shea from the USA; and reigning world champion Matti Suur-Hamari from Finland have Games experience under their straps. But Japan’s Gurimu Narita – 2017-18 overall World Cup title winner – is a rising newcomer.

The category will only be contested in the men’s, and France’s Maxime Montaggioni and the USA’s Mike Minor could put on a thrilling head-to-head race, if they meet in the big final. Minor saw off Montaggioni back at the 2017 Worlds, but the French snowboarder is coming off a strong circuit in which he collected all three crystal globes. Italy’s third-ranked Jacopo Luchini, Worlds silver medallist from Big White, Canada, would hope for Montaggioni and Minor to make a mistake.