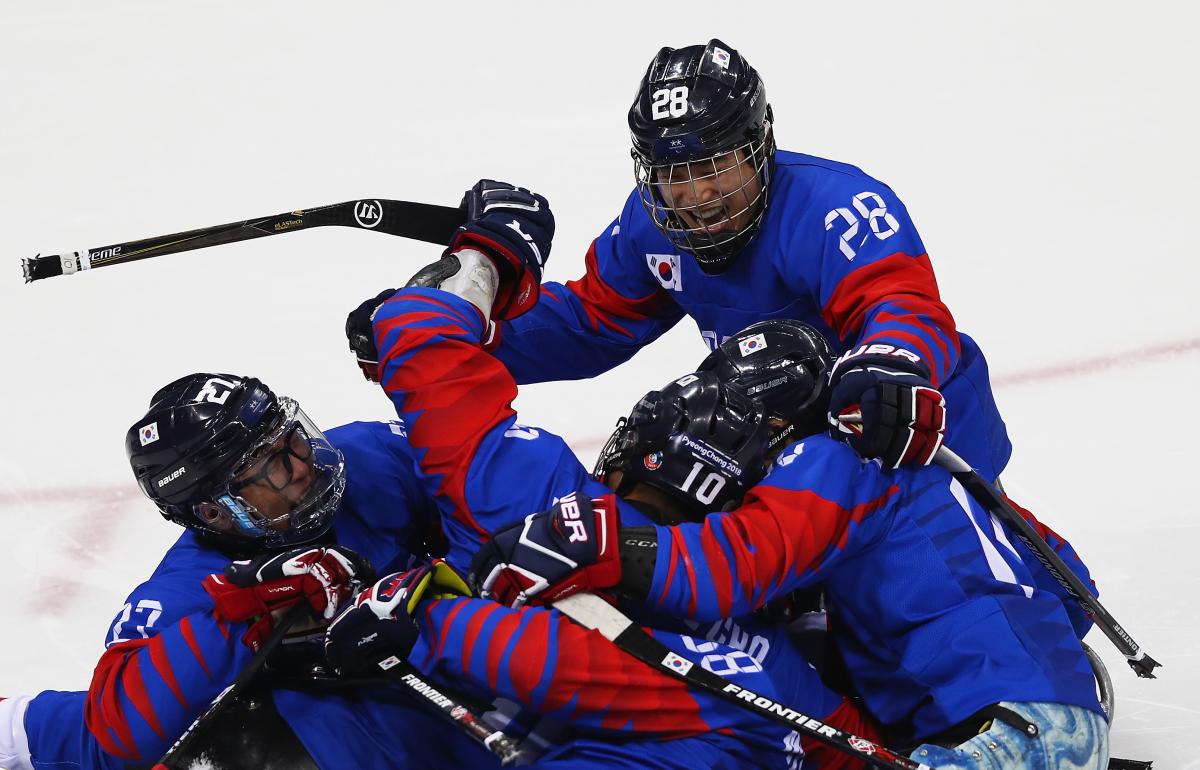 Both teams opened the game with first-period jitters as they adjusted to the loud crowd, and the closest either side got to scoring in the first 15 minutes was when Seung-Hwan Jung’s shot sailed above the top post with 1:27 left in the frame.

The home fans went wild with 8:52 left in the second period when former wheelchair fencer Dong-Shin Jang found the goal, setting off the “Gangnam Style” soundtrack in the Gangneung Hockey Centre to celebrate South Korea’s first goal of the tournament. The score was assisted by another former wheelchair fencer, defenceman Young-Sung Kim.

It only took 51 seconds into the third period for South Korea to build on its lead, as Jung, known for his tenacious speed, took the puck on a breakaway and scurried right up the middle to the goal to make it 2-0.

Nearly six minutes into the third period, South Korean forward Byeong-Seok Cho passed the puck from the right side to 10-time national team member Young-Jae Choe in the centre, who swept it right into the goal. Then, with just under five minutes remaining in the contest, Jang took a wide shot at the net, and while he failed to connect directly, the puck bounced off Hae-Man Lee’s stick into goal to extend South Korea’s lead to four.

South Korea now sit in first place in Group B in the preliminary round with two points and will face the Czech Republic next.