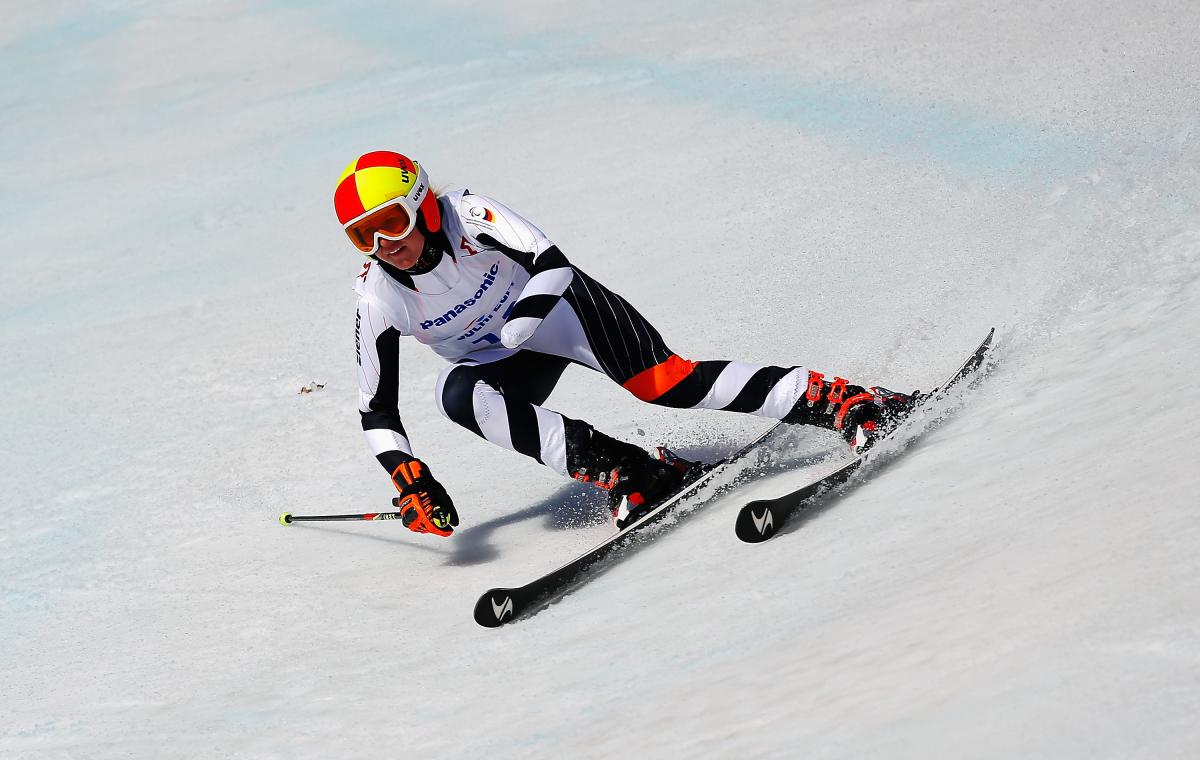 Andrea Rothfuss will contest her fourth Paralympics at PyeongChang 2018

Before the Closing Ceremony, four more gold medals need to be decided on the final day (18 March) of the PyeongChang 2018 Paralympic Winter Games.

The sport will conclude with women’s giant slalom races.

This could be the one event France’s Sochi 2014 champion Marie Bochet does not reach the top of the podium. She was bumped to second by Germany’s Andrea Rothfuss at the 2017 World Championships in Tarvisio, Italy. But Bochet has finished ahead of Rothfuss at all their giant slalom World Cup meetings from this season.

The women’s sitting would be another contest between reigning world champion Claudia Loesch of Austria and Germany’s runner-up and Sochi 2014 champion Anna Schaffelhuber.

In the vision impaired, Slovakia’s world title holder Henrieta Farkasova, with guide Natalia Subrtova, has proven on the latest World Cup circuit that she is the strongest.

Competition at the Alpensia Biathlon Centre will wrap up with 4x2.5km mixed relay and then the 4x2.5km open relay.

Sochi 2014 bronze medallist France, Norway and Canada will try to put together strong open relay teams that helped them win gold, silver and bronze at the 2017 World Championships, respectively.

In the mixed relay, Ukraine could compile a winning formula that helped them win the 2017 Worlds; runner-up Sweden will try to improve on their silver from Sochi 2014.

The most thrilling spectator event of the Paralympic Winter Games will be happening at the Gangneung Hockey Centre, where the gold medal game will begin at 12:00 KST. It will not be a surprise to see Canada and the USA hit it off, setting up a rematch of the 2017 World Para Ice Hockey Championships A-Pool, which also acted as the Test Event. Canada would hope to recreate that World Championship-winning feeling on the Paralympic stage. Meanwhile the USA would aim for a Paralympic three-peat.