Rotterdam 2019: Dutch do not disappoint at Para dressage Europeans 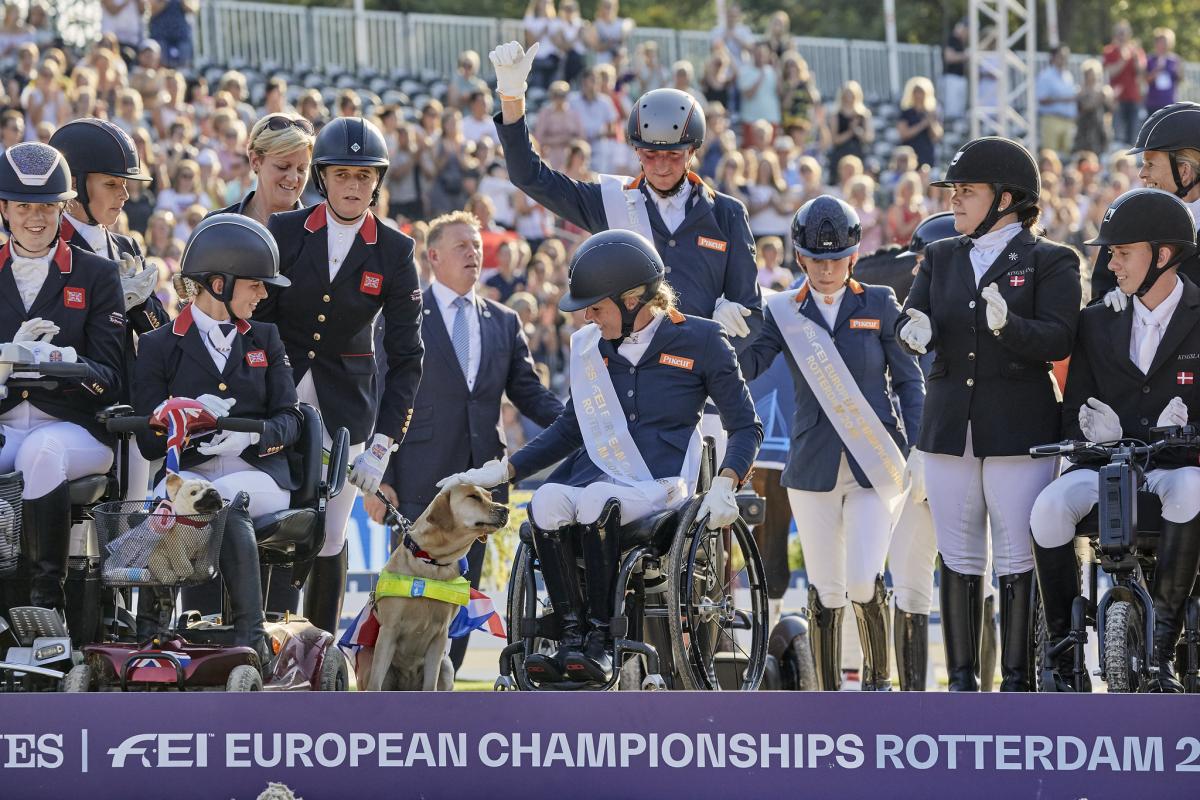 The 2019 Para Dressage European Championships in Rotterdam, Netherlands, wrapped up on Sunday with incredible performances by the home squad, the emergence of new talents, and the return of one of the sport’s greats.

The Dutch firmly stamped their mark as the ones to beat ahead of the Tokyo 2020 Paralympic Games. Making the most of the home venue, the team stormed to the overall team championship title, adding European gold to last year’s World Equestrian Games team title when they overtook powerhouse Great Britain.

Alongside that, Sanne Voets and Frank Hosmar picked up both the individual and freestyle titles in grade IV and V respectively.

Speaking after his freestyle win, Hosmar joked: “Now I know what it feels like to be British.”

Age not a factor

In perhaps one of the most sensational comebacks in Para dressage, Norway’s Jens-Lasse Dokkan picked up the golds in the grade I individual and freestyle.

Those wins come nine years after Dokkan was last on a Championship podium at the 2010 World Equestrian Games, and put him on the road to Tokyo 2020. If he does qualify, he will be the only Para dressage athlete to have competed at every Paralympic Games since the sport was introduced at Atlanta 1996.

Dokkan said of his three wins (in addition to his grade’s team test): “My first hat-trick in a Championships. I am very pleased and a bit surprised with how quickly Aladdin has developed through his first international season in Para dressage.

“We’ll have a big celebration dinner when I get home sometime, but first I’m looking forward to sleeping in my own bed and dreaming about this week.”

There was medal joy too for Denmark’s breakout star Tobias Thorning Joergensen. In just his second major international, the 19-year-old won the grade III individual and freestyle titles on Jolene Hill.

The honours were shared in the grade II competition, Austria’s Pepo Puch won the individual title while young British rider, Georgia Wilson, took gold in the freestyle to add to her individual silver. It was Wilson’s major international debut and her first outside of Great Britain.

“The silver medal hasn’t even sunk in yet,” Wilson said.

Belgium picked up a collection of medals, with Michele George taking bronze in both grade V competitions, and Manon Claeys a silver and bronze in grade IV. Side-saddle rider Barbara Minecci also took two bronzes, which were her first major Championships medals.

It's a gold medal for Georgia Wilson and Midnight in the para-equestrian dressage Grade II Freestyle! They put in an absolutely beautiful performance for a huge score of 78.187%. #BritishEquestrian #OneTeamGBR pic.twitter.com/XHrEwJsxJS

Latvia’s Rihards Snikus won both bronze medals in grade I, behind Italy’s Sara Morganti, who won both the grade’s silvers.

There was bronze and silver too for Sweden’s Louise Etzner Jakobsson in grade IV.

At the end of an enthralling the competition, the Dutch topped the medals table with five golds, two silvers and two bronzes. Denmark took the second spot with two golds and a bronze, with Norway close behind with two golds. Great Britain were in fourth with a gold and four silvers.

Full results from the 2019 FEI Para Dressage European Championships in Rotterdam are available on the FEI’s website. 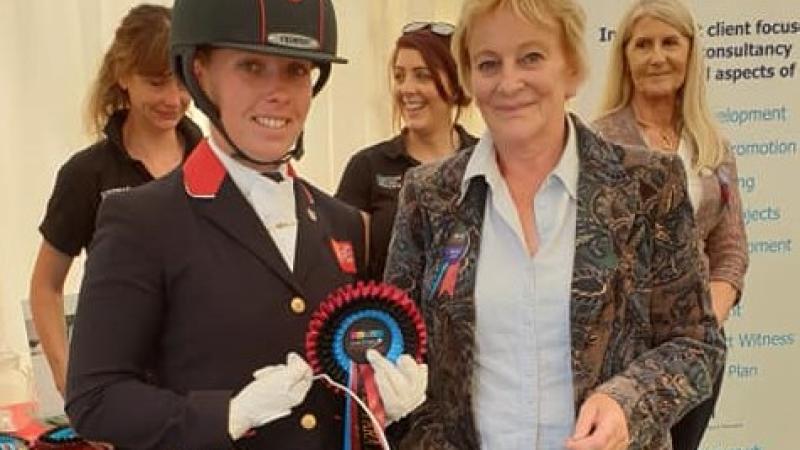