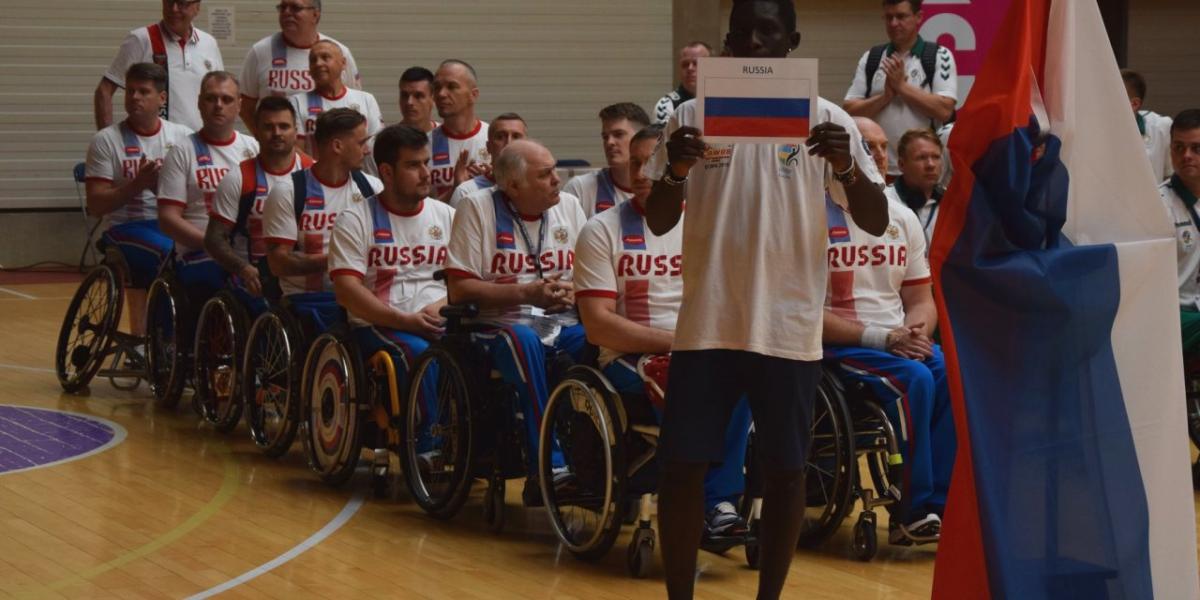 Russia have won the wheelchair basketball European Championships B

Russia* overcame a slow start to capture the gold medal at the International Wheelchair Basketball Federation (IWBF) European Championships Division B, which finished on Saturday (23 June) in Charleroi, Belgium.

Their achievement also saw them promoted to the European Championships Division A, which will be held next year.

After losing their first two matches, Russia bounced back to take their final four games, including a 59-49 gold medal triumph over Austria, who will also move up to Division A.