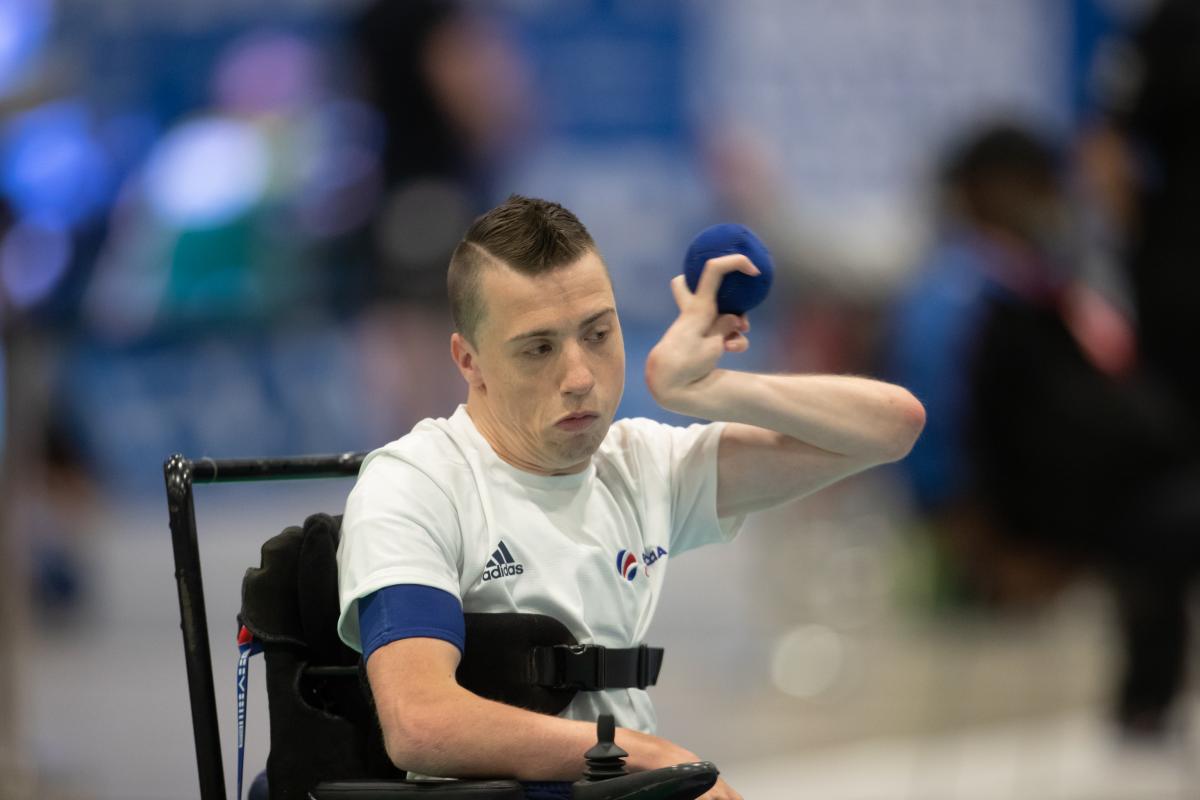 World champions David Smith and Greg Polychronidis lived up to expectations as the 2019 Boccia European Championships finished on Friday in Seville, Spain.

The competition was the second regional Championship of the year where athletes could secure their nations a slot at the Tokyo 2020 Paralympics.

Great Britain and Greece have reason to celebrate, with Smith and Polychronidis taking the BC1 and BC3 individual gold medals respectively.

Smith held off strong competition from his Dutch rival Daniel Perez, showing why he is the world No. 1 by defeating the 2018 Worlds bronze medallist 7-4. Slovakia’s Tomas Kral survived a one-point victory in the third-place match over Russia’s Mikhail Gutnik.

Polychronidis was outstanding throughout Seville 2019. The BC3’s top-ranked athlete did not concede a point in his playoff matches, and went on to cruise 8-1 over Russia’s Aleksander Legostaev in the final. The win made up for Polychronidis’ bronze medal from 2017. Great Britain’s Jamie McCowan defeated Sweden’s Christoffer Hagdahl for the European bronze.

Abilio Valente emerged as the surprise winner in the BC2 category. The world No. 5 made his way through the elimination round, including a 3-2 win over Israel’s Nadav Levi in the semi-finals to reach the gold medal match. Having finished third at the last Europeans, the Portuguese athlete converted that to gold with a resounding 5-1 win over Great Britain’s Claire Taggart. Russia’s Dmitry Kozmin topped Levi to complete the podium.

The closest battle came in the BC4 between Slovakia’s Samuel

and Germany’s Boris Nicolai. It was the Slovakian who upset the 2018 Worlds bronze medallist for the European title. Andrejcik’s compatriot Michaela Balcova rounded off the top three by edging Hungary’s Laszlo Hegedus 5-4.

France won the pairs BC3 over Greece, while Great Britain came in third.

Slovakia took home the pairs BC4 prize, followed by Great Britain and then Portugal.

Russia was crowned European champions in the team BC1/BC2, as Portugal and Great Britain rounded off the podium.