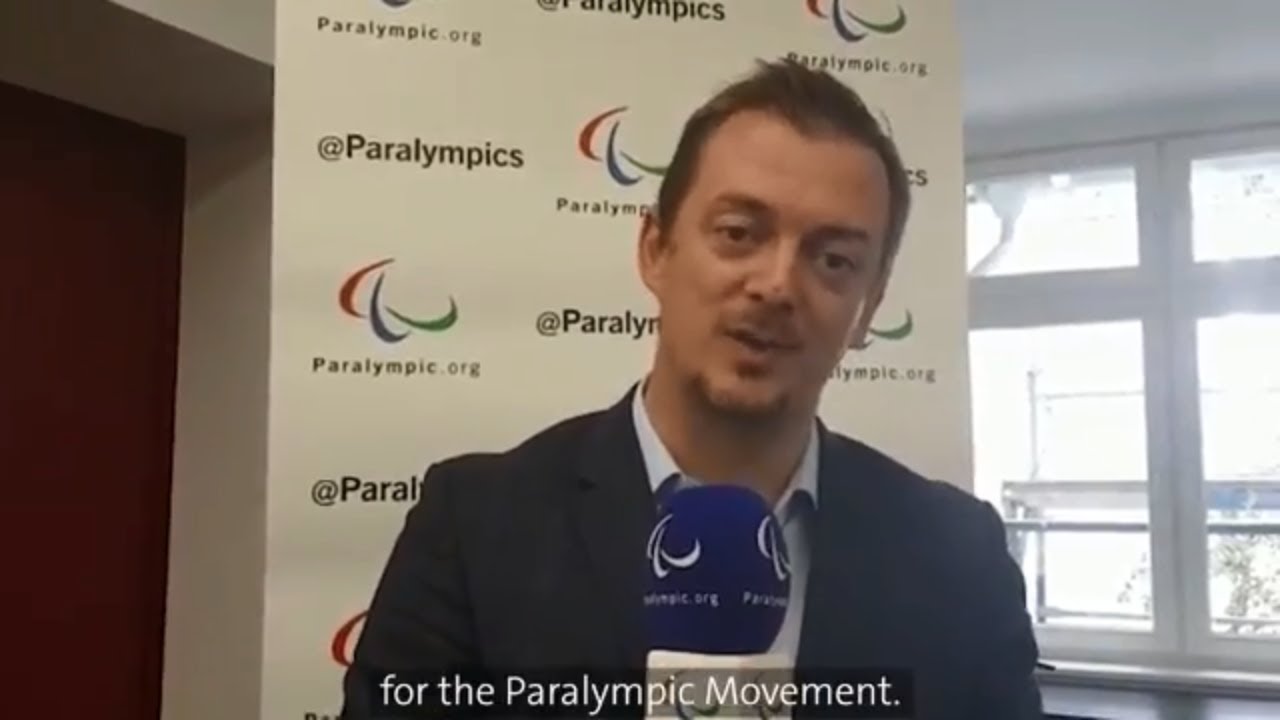 “In his welcoming speech in 1948 he said: ‘I dream of the day when there will be Olympic Games for people with disabilities.’ His dream has come true and modern Paralympians are his legacy.”

It was in the midst of the horror that something beautiful emerged.

As a consequence of that petition, rehabilitation sport would evolve to recreational sport and then to competitive sport; perception of people with impairment would dramatically change throughout the world and one of the biggest sporting events would come into being.

As we celebrate the 70th anniversary today (29 July) of the first Stoke Mandeville Games, which later became the Paralympic Games, we look back on Guttmann’s life and work.

A German refugee in England

Guttmann, ‘Poppa’ to his family and friends, was a formidable and strong man who never doubted in putting himself in danger if that meant helping someone else.

His daughter Eva Loeffler shared an anecdote which perfectly describes his father’s personality when being Medical Director of the Jewish Hospital in Breslau, Germany.

During the ‘Night of Broken Glass’ in 1938, when Jewish houses and businesses were attacked by the Nazis, 60 Jewish people escaped to Breslau Hospital. Guttmann allowed all of them in, admitting them as patients.

“The next day the Gestapo [Nazi secret police] came round to see my father, wanting to know why such a large number of admissions had happened overnight,” said Loeffler.

“My father was adamant that all the men were sick and said many of them were suffering from stress. He took the Gestapo from bed to bed, justifying each man’s medical condition.”

As the situation under Hitler in Germany worsened, Guttmann and his family fled to England in 1939.

Loeffler recalled the difficulties: “He [Guttmann] was a refugee from Nazi Germany escaping with his immediate family just before the outbreak of the Second World War.

“He had to begin living and working in England at the age of 40 with a poor grasp of the language and unable to continue his career as a neurologist and neurosurgeon.”

But Guttmann overcame all obstacles and began envisioning his master piece.

The first edition of the Stoke Mandeville Games was held on 29 July 1948, with 16 injured servicemen and women competing in archery.

Loeffler said: “My father was very authoritative and determined to get his way in spite of many obstacles. He was kind to his patients but expected them to work hard at rehabilitation.

“He retained that very Germanic strain of authoritarianism. It was difficult to disagree or argue with him. One of the very few people who managed to disagree with him and get away with it was the head physiotherapist Dora Bell.

“Although not a sportsman himself, he realised how important sport was in giving his patients an interest in life and accepting them in society.”

Three decades later, Guttmann would fly back to his home country to celebrate the fourth Paralympic Games in Heidelberg, in 1972. So great was their impact that a street was named after him in the city a year later.

Joan Scruton MBE, who worked at Stoke Mandeville Hospital from 1942-1968, described Guttmann as a “man with deep compassion and humanity that made his patients love and trust him: a man who could walk with kings nor lose the common touch” in her book ‘Stoke Mandeville, Road to the Paralympics’.

As the Paralympic Games became one of the world’s most influential sporting events, Loeffler adds her father would be “delighted.

“He achieved so much and his legacy is the modern Paralympic Games, now the third biggest sporting event after the Olympic Games and the Football World Cup. I am immensely proud of what my father achieved in his lifetime.

“In his welcoming speech in 1948 he said: ‘I dream of the day when there will be Olympic Games for people with disabilities.’ His dream has come true and modern Paralympians are his legacy.”