Success at last for Igor Sikorski 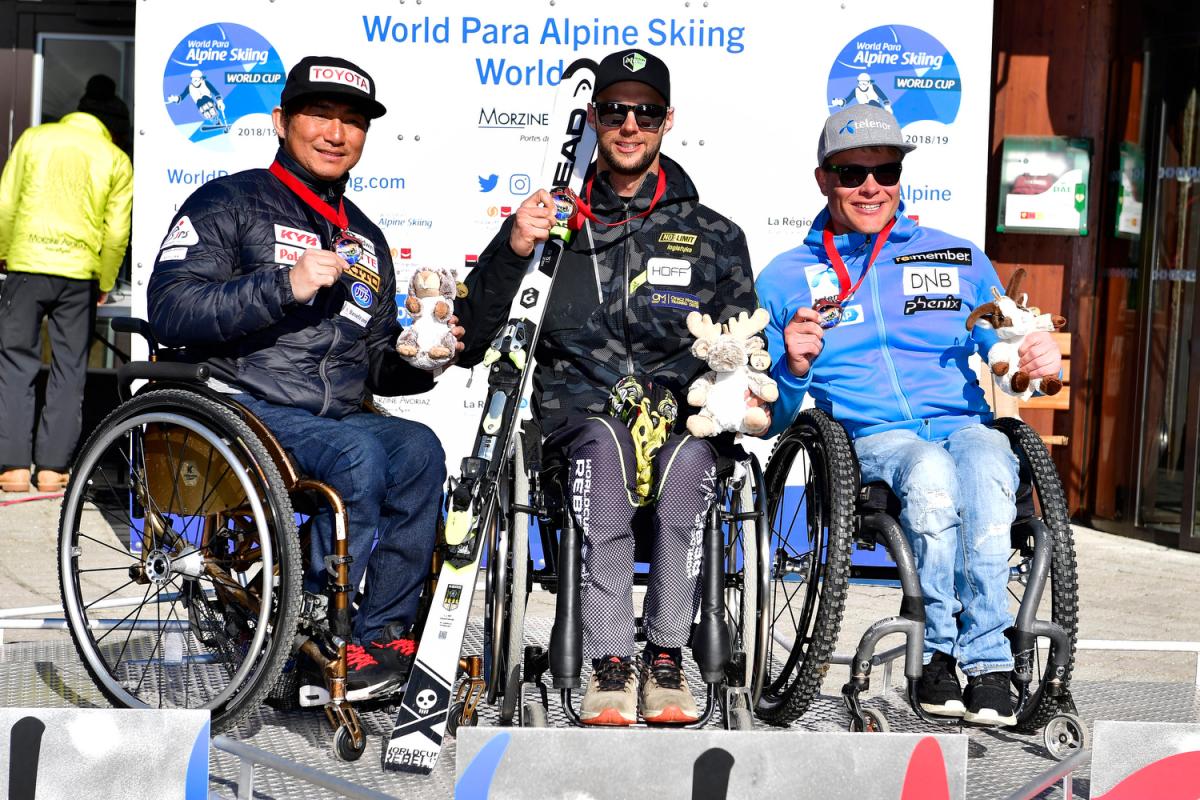 It has been a strange year for Igor Sikorski. Coming into the World Cup as one of the favourites in the men’s sitting class, the Polish skier has swerved his way through an underwhelming season filled with off the podium finishes and DNFs.

His best results this season were bronze medals in slalom. But that changed at the World Para Alpine Skiing World Cup finals in Morzine, France, where the Polish dynamo rediscovered his racing mojo and soared to gold.

After his second run, Sikorski sat by the leader box looking up at the course as the race leader and world champion Jeroen Kampschreur pushed from the starting gate. But mid-course, the Dutchman was launched metres into the air and could not finish the race.

“It’s a great feeling to win at the end of the season,” Sikorski said. “I didn’t have enough effective training because I spent a lot of time testing a new mono-ski and testing equipment, but now I am in good form.

“It motivates me to work hard for the next season.”

Japan’s Taiki Morii took the silver on the second to last competition day at this season’s World Cup while Norway’s Jesper Pedersen grabbed the bronze.

With their families and fans waving French flags and cow bells at the finish line, it was a perfect celebration for the French duo who are now also guaranteed the overall crystal globes.

In the women’s race, Anna-Maria Rieder managed to match her best result, which dates back to 2016. The German skier came within 1.59 seconds of Bochet after the first run and stayed cool through her second to finish with a silver.

“Marie is very good in slalom so it was a big surprise for me that I was so close to her,” Rieder said of coming second to the only skier who remains undefeated this season. “I think it’s very hard to beat her but someday it will happen.”

Slovakia’s Miroslav Haraus and his guide Maros Hudik have also guaranteed themselves the overall and slalom crystal globes thanks to their winning streak in Veysonnaz, consistent performance in La Molina and golden start in Morzine.

“It was a very, very long season for me and sometimes I had difficulty with my back,” Haraus said. “But I feel good right now, especially when it’s weather like this. Still, I’m very happy that it’s going to be the end.”

Meanwhile, Haraus’ teammate Marek Kubacka celebrated a victory of his own. The overall giant slalom winner has been unable to finish any slalom races this season but crossed the finish line at last in his second run in Morzine.

“The slope was very perfect and the slalom was set very well,” Kubacka said. “I enjoyed it.”

Melissa Perrine’s dream of winning the overall crystal globe ahead of her sabbatical year came crashing down on the course in Morzine. The Australian vision impaired skier and her guide Bobbi Kelly have been among the most consistent this season, participating in every World Cup and getting a slew of top results.

They went into the finals as the leaders and looked poised to get the overall victory after a second-ranking first run, but on their next descent, Perrine lost her balance and fell heavily on the track.

The crash re-aggravated an old injury on Perrine’s left knee and ruled her of the rest of the competition in Morzine.

The crash also cost the Australian pair the points they needed to stave off Menna Fitzpatrick and guide Jennifer Kehoe. A silver finish in the first slalom race behind Austria’s sisters Viktoria and Elisabeth Aigner has guaranteed the British pair the overall title this season.

Anna-Lena Forster’s uphill battle for the overall crystal globe is also coming to an end despite her third consecutive victory in women’s sitting slalom. The German skier is still 100 points behind Momoka Muraoka and will need multiple factors to go her way to have a chance of even tying the Japanese speedster for the overall title.

The World Cup season will come to a close on Thursday (21 March) with the last slalom race. You can watch the races and see live results on the World Para Alpine Skiing website and Facebook page.